And a couple of callers offer more than he bargained for ... 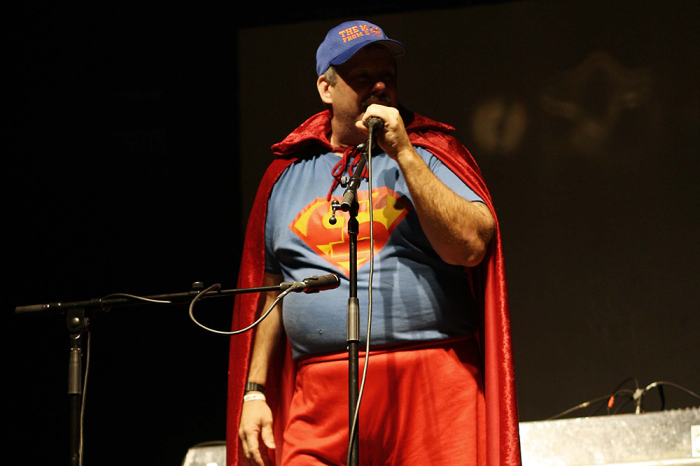 Speech Impediment Man called back in on Wednesday morning and let listeners know that after making it to the bank he happily discovered all of his money to still be there. While he thanked his speech-impaired legal advisors, the frequent caller also noted that he had retained a real lawyer who would be consulting him on the matter.

“The speech impediment empire is intact,” Howard summed up.

Speech Impediment Man was in noticeably better spirits with the knowledge that his funds were safe, but admitted that his emotions are “up and down.” He is still trying to figure out exactly what went wrong in the marriage.

A sincerely distraught Speech Impediment Man phoned Howard on Tuesday morning. He was at his wits end after returning home to a note on the dining room table from his wife informing him that he had 30 days to move out of their apartment and that she was talking to a divorce lawyer. The two have been married for almost three years after meeting on the “Plenty O’ Fish In The Sea” dating site.

“I’m afraid she’s gonna take all my money,” Speech Impediment Man said, pleading with any audience members with a specialty in law to call in and offer advice.

Howard immediately picked up on a self-described divorce lawyer who claimed to have the number one practice in Texas, despite suffering from a crippling speech impediment that left him even less intelligible than Speech Impediment Man. That didn’t stop him from offering a barrage of useful advice, though:

Brent Hatley, who presumably lost more than just his hair in a settlement to an ex-wife, was concerned for Speech Impediment Man after hearing how the frequent caller had handled his affairs thus far. Brent tried to set him straight with some facts about how the family court system typically works.

“He’s completely screwed,” offered the Stern Show staffer without a glimmer of optimism.

In a further attempt to remedy the situation, Howard amazingly found a second speech-challenged lawyer who gave his own advice before getting into an argument with the first lawyer. Hear their sidebar arguments (below):