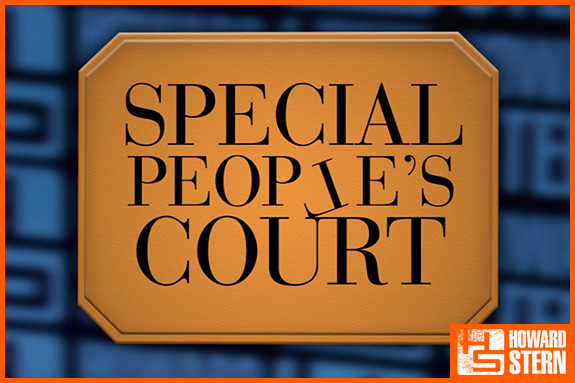 What you are witnessing is real. The participants are not actors. They are actually litigants in a case decided inside the “Special People’s Court.”

In February, Fred the Elephant Boy agreed to have his case against fellow Wack Packer High Pitch Erik settled in the Stern Show’s court system with the Honorable Judge Wendy the Slow Adult presiding via satellite.

The plaintiff, Elephant Boy, alleged that the defendant, High Pitch, threatened to kill him in a series of text messages. Erik claimed he never intended to cause Fred any bodily harm but was simply hurt by various tweets Elephant Boy shared on his Twitter feed that High Pitch’s claims were damaging to his character.

And for the record, there’s a real trial pending in New York Municipal Court later this year, which is probably nowhere near as entertaining to watch.

If you’d like to get even more caught up on the trial of the century, you can read all the details here. And if you crave more of its shocking punishment, click here.