Howard kept “The Great American Nightmare” going throughout the opening moments of the show, remembering back to when he and Rob Zombie recorded the track.

“Rob wanted me singing most of this one and I just couldn’t do it,” he recounted. “I fucking choked.”

Howard said he just showed up and Rob had everything set up, so they recorded it real quick.

Robin, meanwhile, wanted to discuss the New York-bound Amtrak train that had to be investigated after one window got hit with a “bullet hole”-like crack because she was on it!

Howard wondered why Robin is always gallivanting around. “Robin’s always on a mission,” he noted. 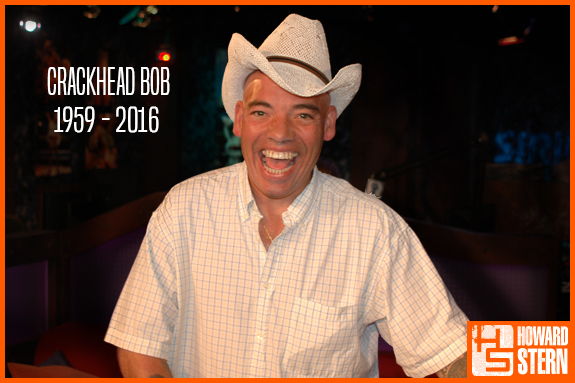 Howard said that he was thinking about Riley Martin over the weekend. “It hit me like a ton of bricks that Riley died,” he said of the recently deceased Wack Packer.

“Through all the years of doing radio, we’ve met characters,” he continued before segueing into even more sad news: Crackhead Bob passed away a few days ago.

Read our full obituary for Bob here and listen to some of his classic moments on the Stern Show below: 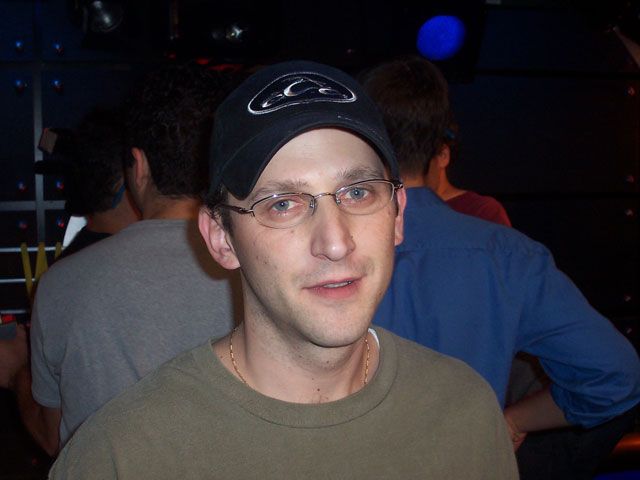 A 20-year listener, first-time caller told Howard that he thinks Shuli Egar is totally underrated by some Stern Show fans.

He heard Shuli on the Jay Thomas Show recently and thought he was on-point. “My man Shuli delivered,” he praised.

Howard remembered back to when he hired Shuli, who was working at a liquor store in Las Vegas and living with his parents. He was just starting as a standup comedian at open mic nights, but had been calling into the show for five years.

Gary said that the reason they ended up hiring him was that they had the Howard 100 News Team, but none of them were familiar enough with the Stern Show history at the time, so they needed someone with that knowledge base.

Shuli came in and recounted how he used to call with games like one in which he took quotes from fights that Gary and Howard had and combined them with fake quotes to see if either of them knew which were real. He said Gary and Howard would just end up having the fight all over again.

Bobo Is Having a Mid-Retirement Crisis 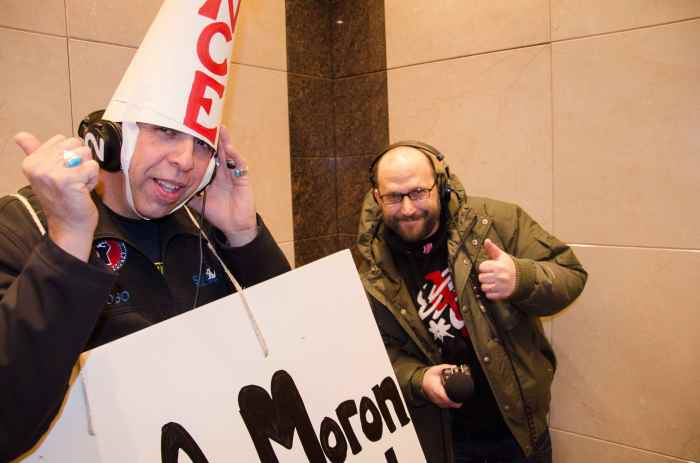 Shuli also reported that he recently interviewed Bobo, who has become a bit “depressed.” Bobo has been having a recurring nightmare where he’s stuck in a dark hole as Howard and Robin call from above for him to try and climb out … but he can never get out.

Bobo called in and explained that though he’s retired, he still has a passion to work. The problem is, most of the driving schools have moved online instead of in-person. Additionally, any job that he would take would have to start after 11am so that it wouldn’t interfere with the Stern Show. Shuli questioned whether Bobo would take a dream job if it meant he had to miss the show at all, but the Wack Packer was steadfast in his dedication: “No, no. It’s not even on the table. I call the shots when it comes to that.”

Howard said he thought the whole idea of moving from New York to Florida was for Bobo to retire. Bobo explained that though he put in 38 years, made six figures, and has a pension, he still wants to teach. “I miss that part,” he said. 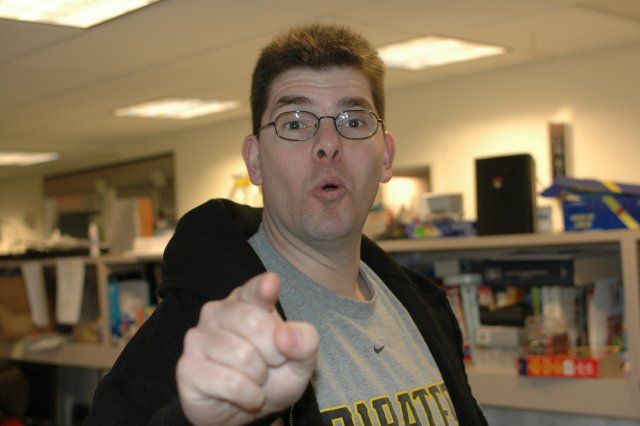 Jon also mentioned a specific tactic he utilized where after ordering, he refuses to move from the counter – even when asked. And today, one caller took major umbrage with it.

“Can you think of a bigger asshole move?” the caller asked Howard.

Jon disagreed and said that he was “polite about it,” but remained steadfast. JD noted that Jon employs a similar tactic in the office elevators. NBC moved into some of the floors below SiriusXM and their employees frequently flood the elevators to go down one floor. Jon, as retribution, reportedly begins talking about how bad NBC programming is whenever they get on.

On top of all that, Ronnie came in and claimed that Jon also has serious road rage. Jon countered that his was “nothing” compared to Ronnie’s. 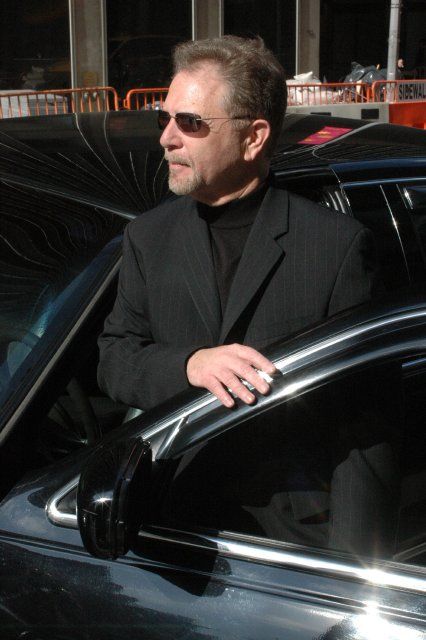 Howard agreed that Ronnie gets “enraged” by the cabs in New York City when they drive. Sometimes he closes the partition so that he can’t see Ronnie and Howard said it really seems to piss him off.

Ronnie was incredulous and shot back that Howard drives super slow in the right lane with his hands cemented to the wheel. The world’s most famous limo driver did admit that he used to attend Bobo’s driving since he has to renew his license with the TLC every three years. He said it was actually pretty “fucking cool.”

Needless to say, shots were fired on all sides. Bringing things back to Jon Hein though, Ronnie told listeners: “Jon has a crazy stare about him. He really does.”

So if you ever run into him in a fast food joint, don’t mess with Jon Hein.

Flat Ronnie Is a Backside Boy 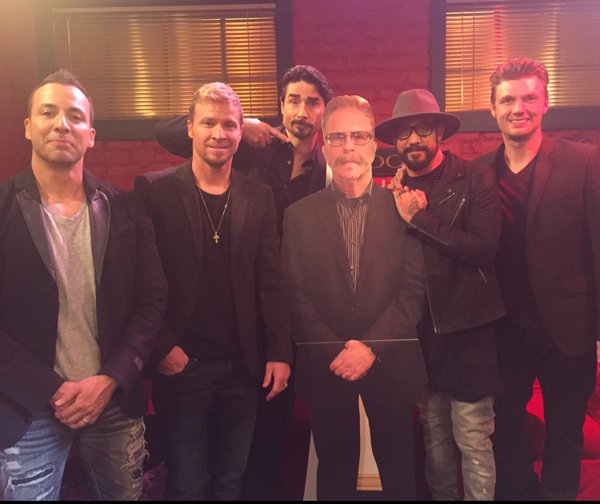 The morning brought even more news of Flat Ronnie’s world domination after the Backstreet Boys tweeted a photo with him causing confusion amongst their young fans.

Producer Dana Brunetti also put out a photo of a recent meeting he had with John Stamos, Kevin Spacey, and Flat Ronnie at the prestigious Chateau Marmont.

Check out more of the place Flat Ronnie has been featured here.

Jeff the Drunk Will Be OK 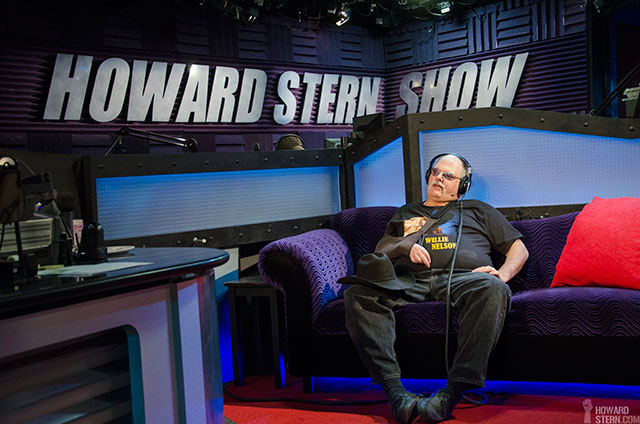 Howard personally called Jeff the Drunk after Wednesday’s show last week because he was worried Jeff was in a very dark place. The Wack Packer didn’t think it was actually him though. “I thought it was a fucking prank,” Jeff told Howard this morning.

Howard explained that it sounded like Jeff was in “a dangerous place” so he wanted to check in.

“That really meant a lot to me, Howard. So thank you,” Jeff responded.

In honor of Jeff, Howard then played the absolutely disgusting coughing fit that occurred on a recent Periscope.

High Pitch Erik to Be Gassed 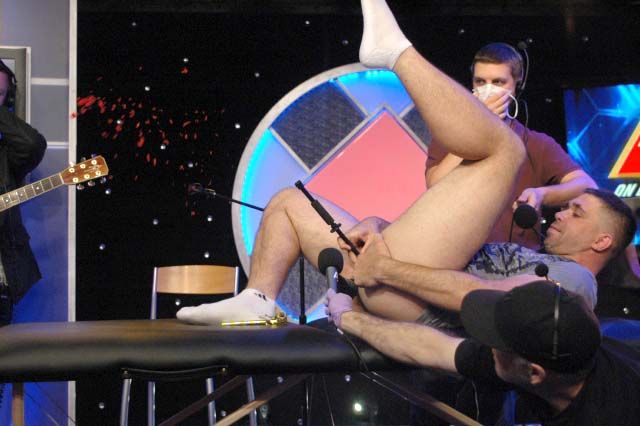 Later, High Pitch Erik called in and Howard wondered who he thought would be the next Wack Packer to die. Erik wasn’t sure though, saying it was “so hard to tell.”

Howard explained that after Judge Wendy threw the book at Erik with her punishment in Special People’s Court, he would be returning to the studio on Wednesday to be gassed by Will the Farter.

“I thought she was going to be a little more lenient,” Robin said of Wendy the Slow Adult’s judgement.

Gary said he’s had a few logistics meetings already to figure out how that is going to work. Will the Farter has to be on his back for this to work and Erik probably can’t get down on the ground. As a result, there will be some sort of chair and table apparatus to facilitate the punishment.

Mariann from Brooklyn also called in later on and said she “felt terrible” about Crackhead Bob dying. She predicted that she might be the next Wack Packer to die as a result from all of this stress.

King of All Blacks Might Not Be King of His Household 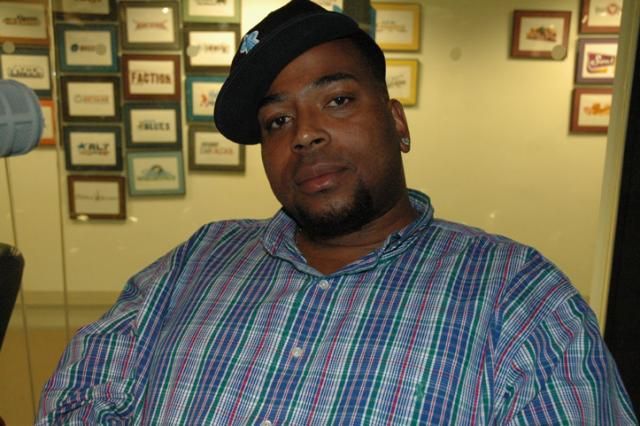 King Of All Blacks initially called in to ask Howard if Beth intentionally took photos of her cats next to pairs expensive shoes, but soon got on the defensive after Gary revealed that King might not be as in control of his wife as he states.

Gary revealed that they approached King to come down with his wife to play a game against Ronnie and his girlfriend, but King couldn’t convince his wife to come.

Ronnie chimed in and really piled it on thick: “Yeah big shot, how come you can’t get your wife to come down here … Because he’s pussy-whipped and he won’t admit it.”

King tried defending himself, but had little in the way of a response.