"It's enough that it's a habit," JD Harmeyer said Wednesday 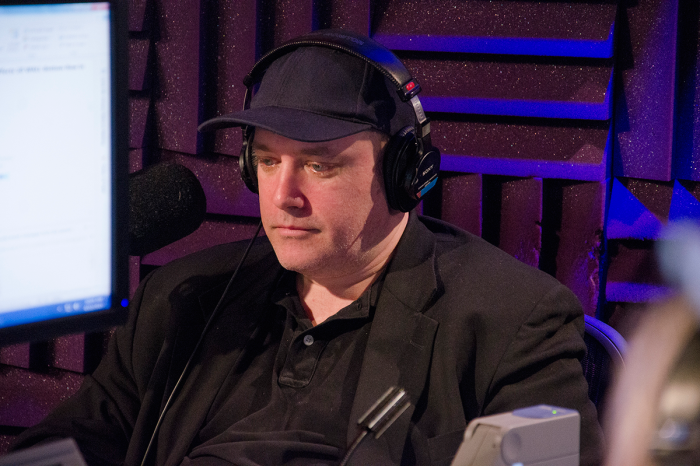 Benjy Bronk may have arrived late to work for the final time Wednesday morning.

Strolling into the studio approximately 10 minutes after the show had begun, Benjy, who already has a long documented history of tardiness, offered little in the way of a valid excuse.

“I just completely fucked up,” he said. “It took about 15 more minutes than usual … I overslept today,” he rambled on.

“You’re saying your job doesn’t matter that much if you’re late,” Howard explained. “That’s what it says to me when a guy’s late – it says I’m not that important to the organization.”

Stern Show Executive Producer Gary Dell’Abate noted that he sees Benjy make it to work by the skin of his neck each morning and constantly wonders why he doesn’t arrive 15 minutes beforehand just to be safe. In fact, there’s a meeting for the rest of the studio staff at 6:20 a.m. which Benjy is exempt from – he simply has to show up three days a week and then can leave.

Robin Quivers agreed, adding that even when during Bon Jovi’s interview she experienced extreme pain as a result of lasting effects of her major surgery, she only took a few moments to compose herself before returning to the show and finishing out her duties because that’s how professionals do it. “I was here. And I was here on time,” she said.

JD Harmeyer entered the studio and plainly stated what was on everyone’s mind: “It’s enough that it’s a habit,” he said of his coworker’s chronic tardiness.

Howard revealed that there’s a theory in the back office that Benjy is late on guest-free days because he is so desperate to be talked about. “Another hilarious bit from Benjy,” he deadpanned.

As it continued to baffle him though, Howard pressed Benjy for a real explanation. “Why were you late today?”

And finally, Benjy offered the most plausible one of the day: “I didn’t care enough,” he admitted.

After contemplating the options, Howard decided to leave Benjy’s fate in the hands of the Howard Stern Show management staff. For the time being, Benjy was once and for all exiled from the studio.