“I just kind of hook up with these girls,” the young staffer tells Howard about his very active love life 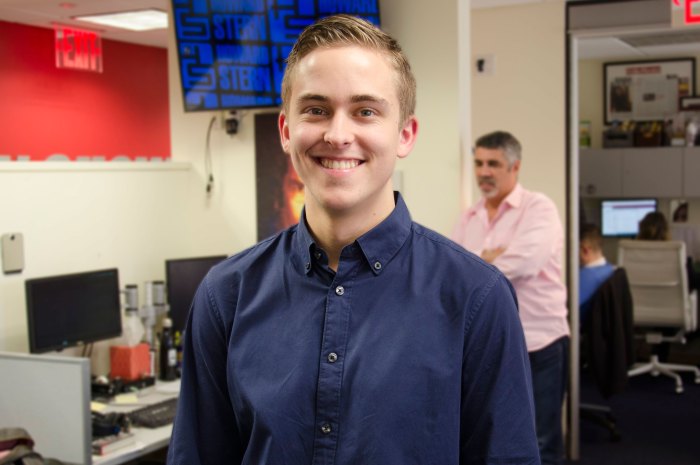 Move over, Memet. The Stern Show has a new ladies’ man and his name is Steve Nowicki. The 24-year-old staffer revealed on Tuesday just how lucky in love he’s been since moving out of his parents’ place and into his own New York City apartment.

So cute, in fact, that Steve was willing to show a few photos of his recent conquests to Howard and Ronnie Mund, who were both very impressed with the women Nowicki is bringing to bed. Steve explained that he’s not looking for a relationship right now, though, and prefers to keep things casual with a girl.

“I just kind of hook up with these girls,” Steve said. “My standard for a girlfriend is pretty high.” His high standards made more sense after Gary shared how he’d heard from a good source that Steve is very well endowed, though Steve told Howard his penis is about 6.5 inches and “not that bad” flaccid.

Most on staff were surprised to learn how sexually active the unassuming Steve Nowicki is, but not Ronnie the Limo Driver.

“He’s a quiet cocksman,” Ronnie said, suggesting that ever since Steve cut his hair he’s become much more dapper. Perhaps a haircut would help Memet Walker land the girl of his dreams? Even though Robin, Ronnie, and others on staff have suggested Memet ditch his long locks, he insists girls online tell him to keep his current shaggy look.

“At least get it styled,” Ronnie told Memet.

Unlike Steve, Memet is trying to find someone to settle down with but so far has been unable to land himself a steady girlfriend. Steve has the opposite problem.

“Some of the girls I hook up with, they want to date and I don’t want to date,” Steve told Howard. Maybe he can send these girls with relationship goals Memet’s way.