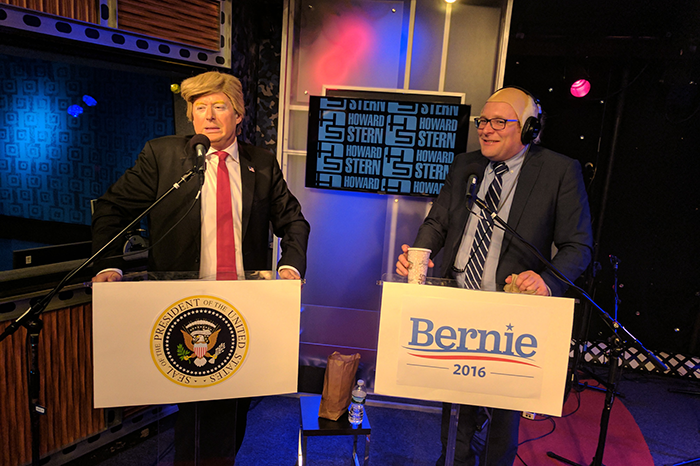 To celebrate his election victory, “Donald Trump” (impressionist Anthony Atamanuik) squared off against would-be political foe “Bernie Sanders” (James Adomian) on Wednesday morning and clarified some of his important policy points ahead of taking control of the White House.

Listen below to hear who is on the short list of Supreme Court nominees, if there are still plans for a wall between the U.S. and Mexico, and how JD Harmeyer will be punished for his vocal opposition to the Trump campaign.

Is The Wall Still Being Built?

What Will Happen to JD Harmeyer?