“I do feel like Rodney Dangerfield,” the Bravo star says about the lack of respect he gets 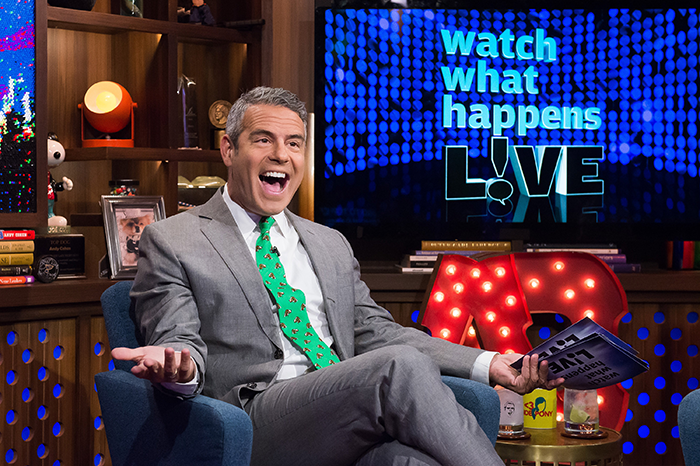 Even after hosting his own late-night show “Watch What Happens: Live” for over seven years, Andy Cohen is still being overlooked as a late-night host. The Bravo star told Howard on Wednesday’s Stern Show that he is often the forgotten man when it comes to after-hours television, as was the case in a 2015 Vanity Fair photo that featured almost every late-night host.

“There’s a Vanity Fair spread of all the late night show hosts. There’s a huge hubbub that Samantha Bee was not in the photo,” Andy said. He, however, was also not included in the magazine’s special photoshoot. “Larry Willmore and Trevor Noah hadn’t even premiered yet and they were in the picture. I am nowhere!”

Andy also wanted to stake his claim as the first late-night host to have a bar on his show after James Corden mistakenly said during his “Late Late Show” premiere that his CBS series had the only bar in late-night.

“Sometimes I do feel like Rodney Dangerfield,” Andy said about continually flying under the late-night radar.

Bars and magazine spreads aside, Andy’s Bravo talker is an undeniable hit, celebrating its 1,000 episode in March 2016. Andy attributes much of his success to following his “broadcasting role model” Howard Stern’s lead.

“I feel that no one on late-night television goes there in the way that you go there,” Andy told Howard. “That is what I think differentiates my show from every other show in late-night.”

Watch Andy on “Watch What Happens: Live” Sunday-Thursday at 11 p.m. ET on Bravo.