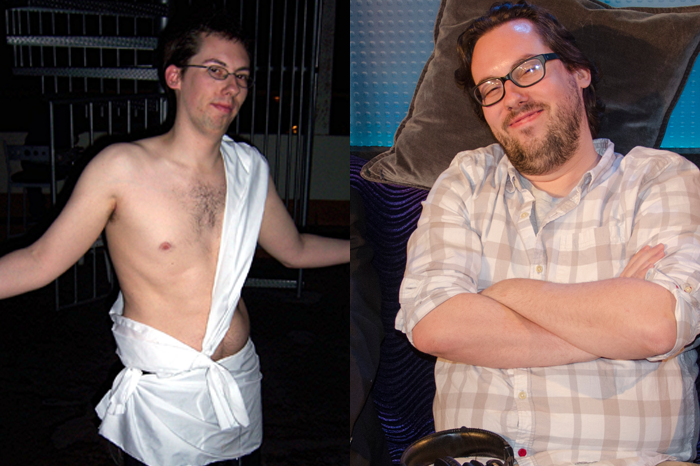 It’s hard to believe, but this week marked the one-year anniversary of JD Harmeyer revealing he hadn’t washed his bed sheets in over a year and Tuesday morning Howard even went so far as to theorize that his staffer went way longer than a year and was just covering it up.

JD insisted that it wasn’t the case and explained that, in the year since the revelation came to light, things have changed for the better. In fact, he now lives with his girlfriend and changes the sheets “about every week or two weeks.” The couple even owns a few extra pairs of sheets thanks to advertisers who “were disgusted” by JD’s habits and sent new products over.

The conversation soon turned to JD’s new life at home with his girlfriend. To begin with, who initiates the sex?

“Howard … I wish to not discuss this,” JD coyly bowed out.

When pressed for answers, JD did offer one new revelation, though: His online persona, DaBadAss, is supposedly no more (at least for the moment).

JD’s girlfriend did get the honor of meeting some of his family this Thanksgiving when they traveled to his father’s house. “It went fine,” JD told Howard, explaining that he was more worried about political discussions breaking out than anything else. Luckily everyone seemed to get along nicely.

Howard wondered if anyone in the family commented on how heavy JD has gotten in the past few years with his “success belly,” but JD countered he hadn’t changed weight in nearly ten years. The photos, however, told a different story.