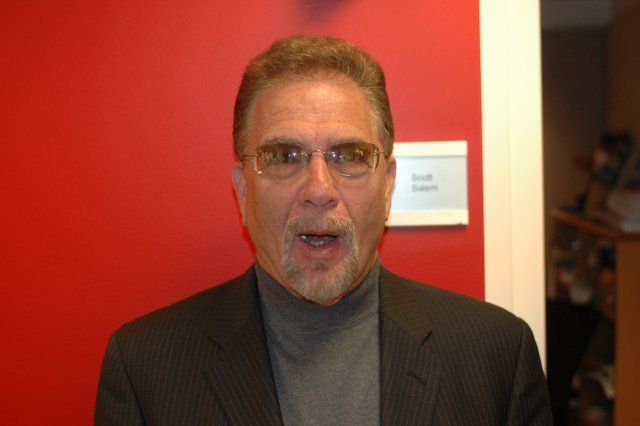 Is it possible Ronnie Mund’s parents were as sexually adventurous as he is now? On Tuesday’s Stern Show, the libidinal limo driver shared a story from his youth that he’s never mentioned before on the air.

“I was kind of disturbed by it,” Ronnie said, telling Howard his parents never knew he overheard them and he never brought it up with them. “At first I thought it was cool and then I thought it was fucked up … I just went in my fucking room and closed the door.”

Once in his own bedroom, however, the sexual charge must have gotten a hold of Ronnie too, since he confessed to jerking off.

“Ronnie is so sexed up, I gotta figure it’s in the blood,” Howard said after hearing Ronnie’s story. “It’s part of the family tradition.” Even Sporty, the family dog, seemed to have a sexual desire. Ronnie recalled how his pet used to lick his ass whenever he would fool around with a girl in his room. Ronnie also reminded everyone about the time he fooled around with one of his mother’s friends when he was only 16.

“She was playing Mahjong at my mother’s house and I was across the street watching her kids,” Ronnie said. “When she came back, I was sitting there watching TV, she came down and sat down on the couch next to me … next thing you know we were, like, making out.”

Ronnie admitted he may have instigated the hook-up a little bit since he had overheard the woman tell his mom and her friends she wasn’t getting along with her husband. Plus, according to him, “she was giving the vibe.” The two didn’t get undressed but they did use their hands on each other.

“It was kind of weird after that,” Ronnie told Howard, saying he continued to see her around the neighborhood but since she had a husband, he didn’t dare try to hook up with her a second time.

Shuli Egar also came into the studio to share a story he heard about Ronnie getting the best hand job of his life when he was in high school from a local girl who was willing to jerk off any guy that called her up and requested her services. Ronnie dialed her up one day and was told to pick her a short time later.

“I went and picked her up and she got in the car – never said a fucking word,” Ronnie said. “You’d just take your dick out, she would jerk you off, and [then she’d] just get out of the fucking car and walk away.”

So what made this girl so good at giving a guy hand release? According to Ronnie, she used a two finger technique and a little spit.

“It didn’t take long,” Ronnie told Howard about how quickly he came. “She liked jerking guys off.”

As shocking as all of these stories were, Ronnie told Howard and Robin he’d been chasing girls before he even hit puberty.

“When I was nine, my father caught me dry humping a girl on the couch,” he told them. “She wasn’t great looking … but she was this big, tall, gawky-looking girl. Kids used to make fun of her.”

Ronnie was interested in her, regardless, and brought her back to his house to make out and rub on one another. His father walked in on them, ruining their fun, but according to Ronnie his dad never sat him down to discuss sex, even after catching him in the act (or damn near close to it). Robin was surprised by that.

“He never talked to you about women?” she asked.

“He didn’t have to!” Ronnie told her.