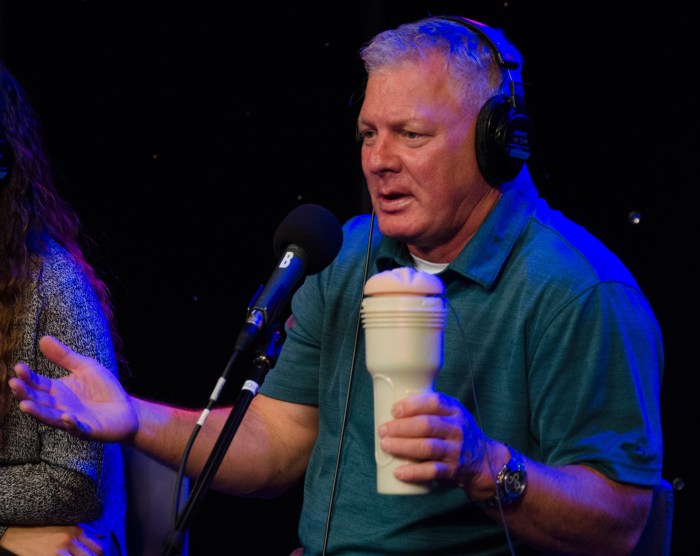 Lenny Dykstra demonstrates his techniques on a Fleshlight Photo: The Howard Stern Show

Howard told listeners that Stern Show Executive Producer Gary Dell’Abate heard from Lenny Dykstra on Tuesday and he is reportedly livid over new allegations by Jasmine —one of the two women who accompanied him to the studio in November to vouch for his oral sex skills — that she had lied just to get a free trip to New York.

“Sounds like the next lie detector test,” Howard said.

Robin thought the woman’s new explanation sounded “a little gooey” despite being skeptical of her in the first place.

Nevertheless, Howard vowed to get to the bottom of the the situation and report on the truth.