“We have to explain to the salespeople that we’re not gay. They never believe us,” Sal confesses 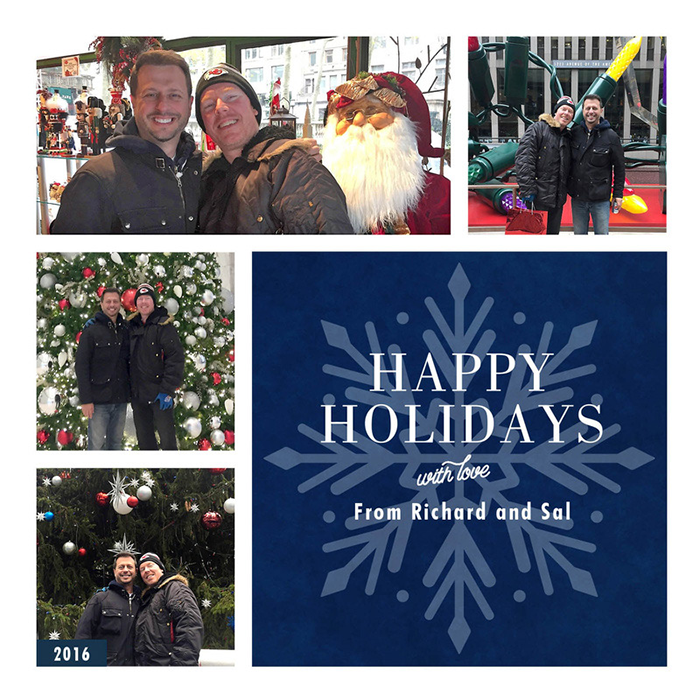 On the heels of last week’s gay lie detector test results, Richard Christy and Sal Governale did little to put theories about their feelings for each other to rest by sending out an early Christmas card over the weekend as an ode to their relationship.

“At first I thought it was like a goof, but it wasn’t,” Howard confessed before bringing Sal and Richard in to explain themselves.

“We’re just really good friends and we wanted to send out a Christmas card,” Sal explained, insisting that the whole thing was being blown out of proportion.

The photos, Richard and Sal revealed, originate from an annual tradition.

“We call it our ‘Pretty Woman Day.’ We get together on a Saturday in December every year. We buy each other gifts – either jeans or boots,” Sal said.

Richard admitted that while it wouldn’t help their cause, he does ask Sal to spin around so he can check out his ass in the new jeans. “We just love each other, but not in a sexual way,” he contended.

“We have to explain to the salespeople that we’re not gay. They never believe us,” Sal confessed.

The final nail in the coffin? “We have brunch, too,” Richard told Howard.

“I rest my case,” the King of All Media responded.