“I created a monster,” Howard said of the 67-year-old on Tuesday 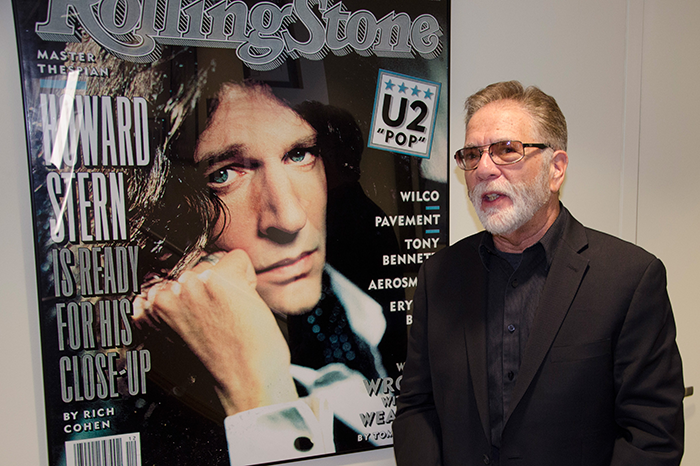 At 67 years of age, Ronnie Mund has seemingly decided he’s past the point of no return as far as his career is concerned and does not want to return to the life of a full-time limo driver for anyone—not even Howard Stern.

“I don’t think I could do it anymore,” he admitted during Tuesday morning’s Stern Show. “I think I’m just at that point already in my life where I don’t want to do that anymore … you spoiled me,” he told Howard, confessing that if that were his only job he might retire.

Instead, Ronnie is more interested in focusing on his security duties for the Stern Show, running his limo business, and pursuing more acting and voiceover gigs—like the one he recently got for a cartoon called “The Angry Met Fan.”

“I got paid great money to do it,” Ronnie raved, telling Howard that he made $1,500 for about 11 minutes of work. The newly minted SAG member also began receiving screener films to watch, which he has been enjoying.

“He barely drives me now,” Howard said with a laugh. “I’m surprised he doesn’t have a driver to drive him around.”

With these new revelations, questions arose as to what Ronnie would be called once he stops driving for good. Ronnie the Rockstar? Ronnie Ebert? Let us know what you think on Twitter.

A listener named Spencer called in later to throw his resume into the pile to replace Ronnie when the time comes. He told Howard he drives a prison bus.

After vetting Spencer and learning that he is not a fan of strip clubs, karaoke, or horrible poetry, Howard was impressed. “Do you use mummy sticks on your girlfriend on Halloween?” he further questioned.

Even Ronnie suggested they take down his number for future reference.