“It’s numbered and it comes with an official card,” Stern Show staffer says of his fast food gift 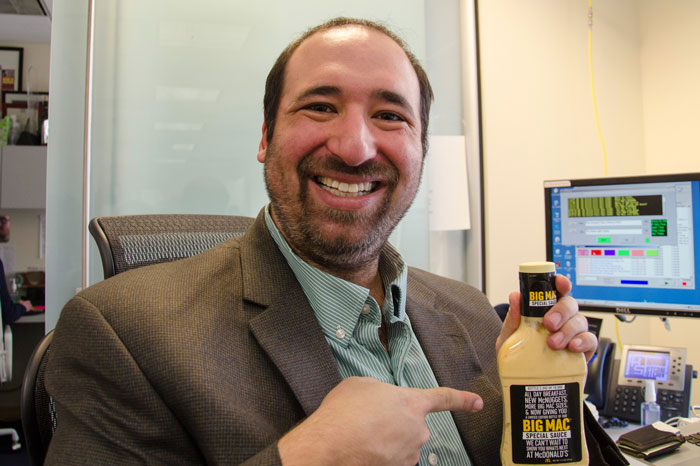 “I was way excited,” Jason told Howard about seeing the sleek black box that the collector’s item was delivered in. Upon unwrapping the coveted condiment, Jason found more details about his gift, including that this was only one of 10,000 bottles made.

“It’s numbered and it comes with an official card from McDonald’s and it has my name on it and it’s very official looking,” Jason said.

Howard wondered why Jon Hein, also a big Mickey D’s eater, didn’t get his own bottle of special sauce. It probably has something to do with Jon’s dislike of all condiments.

“They know where their bread is buttered,” Jason joked. But even though Jason gets his burgers with special sauce on them, there’s no way he’ll be cracking this bottle open. Instead, he plans to put it in a refrigerated glass case for all to see.

Check out a close-up pic of Jason’s special sauce (below). 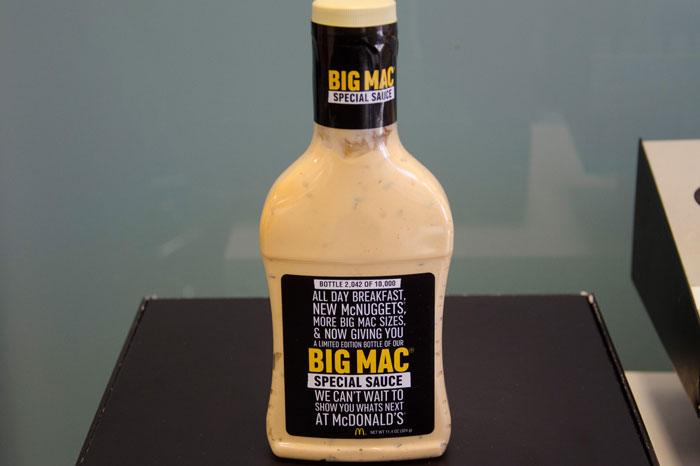