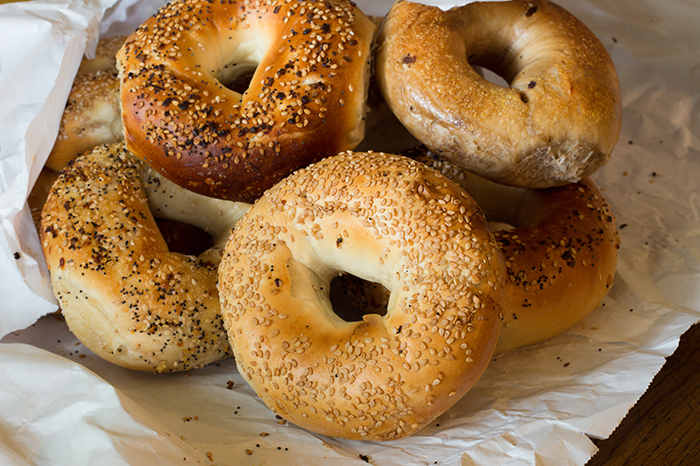 He may be out of the studio, but Benjy Bronk still seems to be causing a vortex of sorts in the back office. The most recent distraction arose Monday morning after Howard learned that he was accused of taking advantage of the bagels delivered to the office for staff on Wednesdays.

Gary Dell’Abate revealed that he received reports Benjy has been filling his knapsack after the show ends each week before leaving around 11a.m., despite the fact that some staffers continue working throughout the rest of the day and others don’t even show up until later.

“I didn’t load my knapsack,” Benjy contended. “I took two.”

After undergoing further questioning, though, Benjy clarified that he ate one additional bagel while he was in the office, bringing the total count to three.

“You don’t need to be bringing home bagels,” Howard chided his initially unrepentant staffer. “It’s not a supermarket. It’s not a takeout,” he continued.

Robin agreed, also taking issue with the manner in which Benjy came in guns blazing, so to speak. “He comes in to fight instead of saying, ‘I’m sorry,'” she observed.

In the end, Benjy apologized and pledged to not do it again.