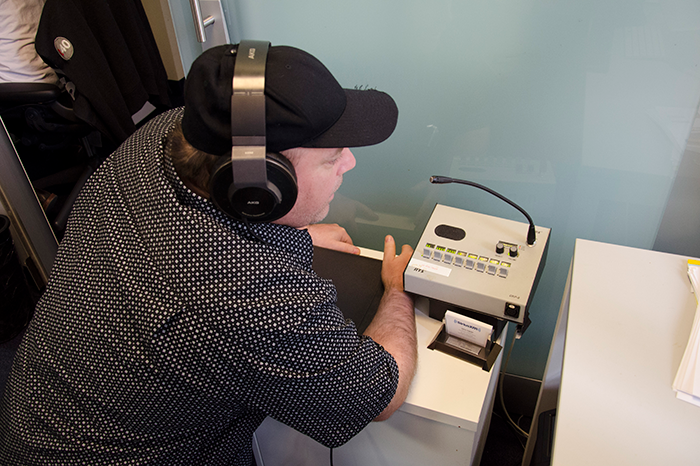 Ever since he was ousted from the studio for coming to work late yet again back in October of 2016, Benjy Bronk has reportedly been arriving to the office on time and ready to go, according to his co-workers. On Wednesday, Howard was right in the midst of telling listeners that he was considering letting Benjy back into his old seat when he got a piece of disconcerting news.

Howard couldn’t believe the timing. “I was just going to say, ‘It’s time to let Benjy back in the studio,'” he said. “That’s why I kicked him out of the studio – because I would’ve been going berserk.”

Furthermore, during the conversation, the staff couldn’t even find Benjy, who was reportedly either in the kitchen or the bathroom.

Once located, Benjy had this explanation to offer: “I’m very sorry … I woke up in the middle of the night at about 4:34, which is normal, and I read for a few minutes with the intention of going back to sleep, which I did. I put on rain sounds. The next thing I know … it was 7:02.”

The late staffer claimed that he didn’t hear any of his iPhone alarms and told Howard that he too was “shocked.”

“It’s horrible,” Benjy summed up. “My puppy was so sad this morning … I think she felt what was going on in my head when I woke up,” he concluded.