Gary Dell'Abate reports back from the prestigious Washington D.C. event 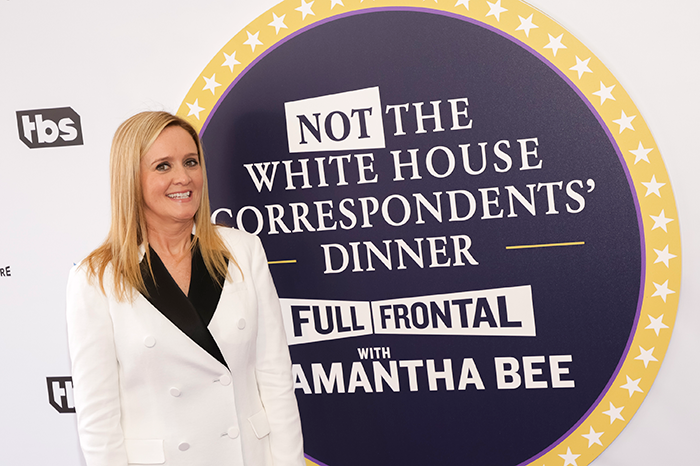 Samantha Bee hosted her “Not the White House Correspondents’ Dinner” on Saturday afternoon at Constitution Hall in Washington D.C. and among the 2,600 invited guests were none other than Stern Show Media Producer JD Harmeyer and Executive Producer Gary Dell’Abate.

JD, who revealed earlier this month that he has been engaging in a Twitter friendship with the “Full Frontal” host, reportedly received a hug from her upon arriving, which Howard suspected must have confused other more influential attendees.

Despite the warm welcome, though, things took an awkward turn after JD and his fiancée received their table cards, which had them seated at Table M9. Unlike Gary and his wife who realized the “M” meant mezzanine, JD walked directly to Table 9 at the front of the event.

“JD texts me and he goes, ‘Awesome seats, right up front,'” Gary recalled with a laugh. “And then he hits me back and he goes, ‘We sat at the wrong table.'”

After ordering wine and spending ten minutes at the table, an event staffer took him aside and said, “There was an issue with Table 9″… and that he was the issue. JD and his fiancée were then forced to make the walk of shame across Constitution Hall and up onto the mezzanine, where their actual seats were next to Gary and Samantha Bee’s spin instructor. 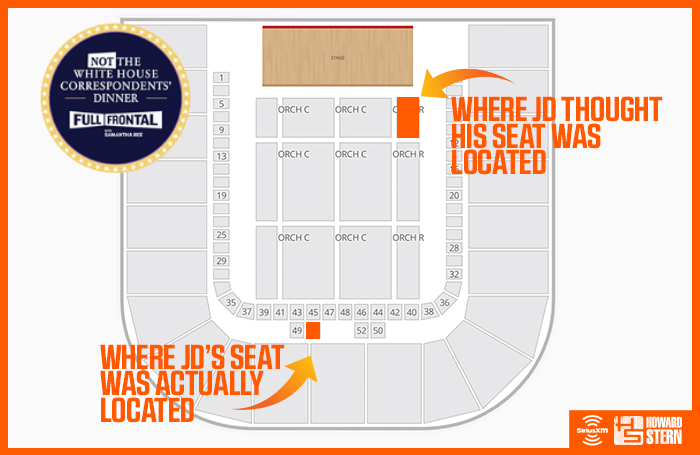 Despite the hiccup, both JD and Gary told Howard that the event was amazing. Gary even noted that JD is a lot of fun to hang out with and that “his laugh cuts through the whole crowd.”

Howard was glad to hear the event was so fun, too, because JD drove to D.C. and back in one day just to attend. While Gary got a hotel room and stayed the night prior, he learned that JD and his fiancée made the four-hour trek from New York City before proceeding to change clothes in the parking garage.