“Your family tree must be a cactus because everyone on it is a prick,” the frequent caller fires off 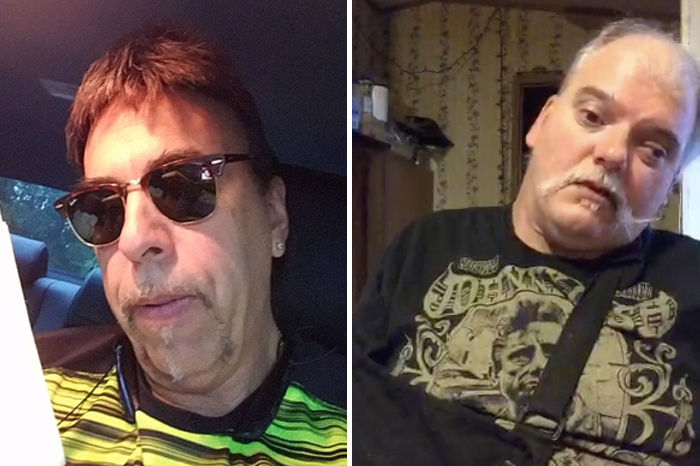 Steve from Florida and Jeff the Drunk continued their feud Wednesday morning, but it’s unclear who got the better of the latest exchange—the former, who resorted to canned barbs he found on the internet, or the latter, who offered little in response.

Hard feelings between the two originated as a result of their dueling Periscope audiences. While Steve believes Jeff takes advantage of fans without appreciating them, the upstate New Yorker insists his Floridian counterpart is simply jealous.

As a result, things devolved into an insult-fest when both of them got on the line with Howard.

“Hey Jeff, your doctor called, your colonoscopy results. Good news, they found your head,” Steve from Florida fired off first, explaining that he had been doing some writing in preparation of the call.

After some silence on the other end of the line, Jeff had a single question for Steve: “Is it true your kids like me more than you? Don’t lie.”

Not to be topped, Steve rifled through his papers and found a retort. “Jeff, it looks like your face caught fire and someone tried to put it out with a fork,” he taunted.

Howard was dumfounded and wondered what book Steve had found these jokes in.

“I scoured the internet,” he admitted before hitting Jeff with his big closer: “Hey, your family tree must be a cactus because everyone on it is a prick.”

For his part, Jeff simply had this to say: “Bobo’s a douchebag.”