“I pay my bills when they’re due,” the “Black Cloud” fires back against his coworkers 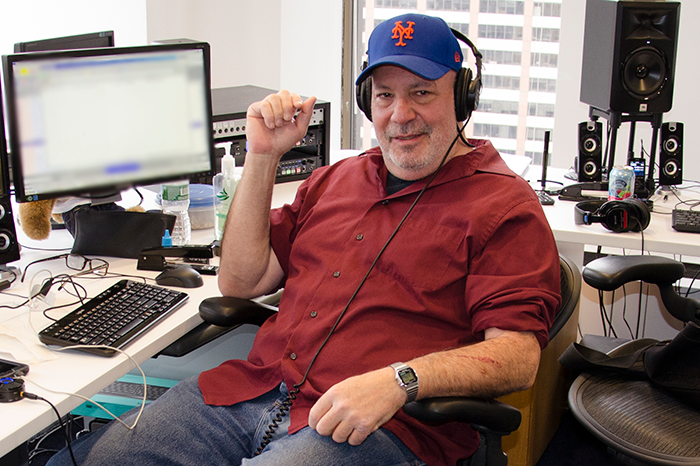 Stern Show staffer Jason Kaplan did a nice thing when he organized a staff trip to a New York Mets game on Wednesday. He even paid for the tickets upfront, simply asking that everyone attending pay him by game day.

But as game day arrived, one staffer who asked for a ticket still had not paid for it and no one was surprised who: Scott “the Engineer” Salem.

“It’s not the first thing on my mind, O.K.?” the man known as “Black Cloud” solemnly told Howard as he sulked into the studio, adding that if Jason accepted debit cards he would’ve been paid right away.

Jason, in fact, told Howard that he did offer four separate payment options for the $76 tickets, which included unlimited beer and a burger—cash, check, PayPal, and Venmo.

Gary Dell’Abate agreed, reminding him that in the fantasy football league they were forced to enact a Scott Salem rule that dictated if you don’t pay by a certain date, then you don’t play.

The longtime Stern Show employee wouldn’t have it, though. “I pay my bills when they’re due … that’s my philosophy,” Scott said. And he had some advice for anyone who didn’t like that philosophy: “Don’t invite me then. I don’t give a fuck.”

The quick rise in blood pressure left Howard with an astute observation about Scott. “You know what my favorite thing about you is?” he said. “You have two gears; it’s either super fucking boring or super angry.”

Scott acknowledged his behavior, but amid clips of his classic pushup challenge freak-out claimed “that level of Scott doesn’t exist anymore.”

Did he pay Jason in the end? Well, he brought a $100 bill in hopes of getting some change.