Legendary vocalist, musician, and songwriter visited the Stern Show in 2012 and discussed his career 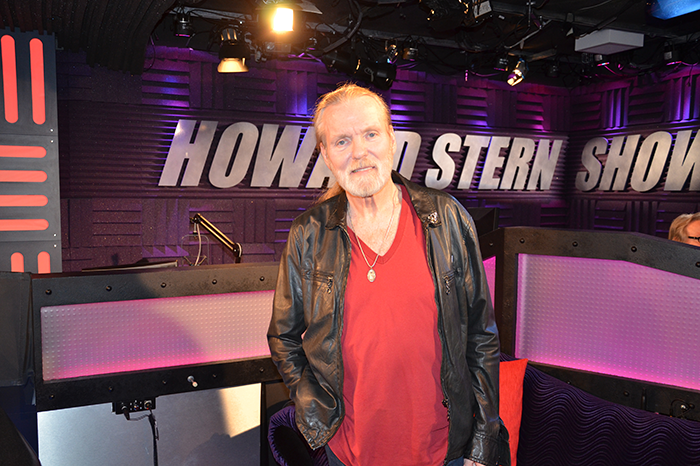 Howard remembered Gregg Allman Monday morning, the iconic vocalist and keyboardist behind the Allman Brothers Band, who passed away on May 27 at the age of 69.

“Gregg Allman was a legend,” Howard said as he played through some favorite Allman Brothers Band and solo hits alike.

“One Way Out” in particular caught Howard’s attention. “At the end of the song, I think it really showcases Gregg’s vocals because the band just stops playing and he just lets it rip,” he praised.

Gregg was also a prolific songwriter. He visited the Stern Show in 2012 and discussed his inspiration for penning the Allman Brothers Band classic “Melissa.”

“That was the first song I ever wrote,” Gregg told Howard at the time. “I was out on the road for the first time—I guess I was a little homesick—so I just invented this girl and I wrote the whole damn song except for the title,” he explained.

Black Crowes frontman Chris Robinson also stopped by the Stern Show recently and recounted a fun story about meeting Gregg, one of his musical idols, for the first time. Check it out here.

Our deepest condolences go out to Gregg’s family and friends during this difficult time.