Nicolas Cage, Courteney Cox, Mickey Mantle, and George Clooney are just a few of the famous names that have dropped by unannounced 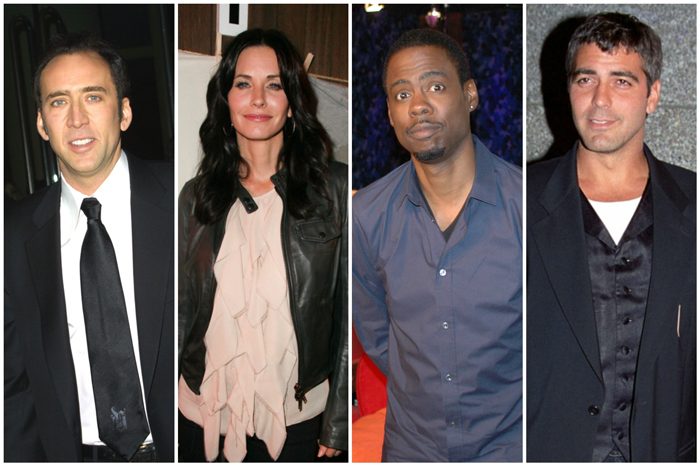 Howard has proven he can handle interviewing just about anyone, even if that person is making an unexpected visit to the Stern Show. Throughout the years, he’s been surprised to see several stars walk through the studio door for an impromptu appearance: from Nicolas Cage crashing Howard’s interview with Chris Rock to Courteney Cox sneaking in during Robin’s news and taking a seat high atop the Stern Show couch to George Clooney making a special “mystery guest” appearance in the ’90s.

Check out some of the best surprise guests Howard has ever had on his show (below). 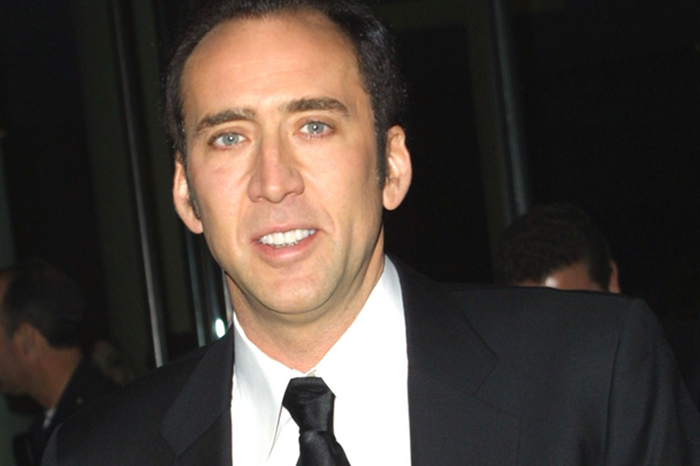 Howard was well into an interview with Chris Rock when a familiar face walked into the Stern Show studio – Nicolas Cage.

“Hey, you look like Nicolas Cage,” Howard said upon seeing the actor enter.

Cage explained he only had a 10-minute window to talk but that he was a huge fan of Howard’s. He even revealed he and Paul Giamatti watched some of Howard’s movie “Private Parts” together.

Rock joked that Nicolas was clearly the bigger star between the two of them, but Cage assured him he was wrong. Chris said with a laugh, “He’s got an Academy Award. I’ve got a Source Award.”

Chris Rock Pops In Before Jonah Falcon Pops Out

The tables were turned 11 years later when Chris showed up at the Stern Show just as Jonah Falcon (and his 13-inch penis) had gone in to talk to Howard. Chris couldn’t boast quite as much manhood as Jonah, but he told Howard he’s “bigger than average.”

“Part of it is I’m skinny and … the backdrop’s small,” Chris joked.

Courteney Cox Sneaks Into the Studio

Stern Show celebrity superfan David Arquette was hanging out in studio for the week and on his last day he decided to surprise everybody by sneaking in Courteney Cox. She actually entered just as Robin finished a news story about her movie “Scream 4.”

In order to get a glimpse of everyone, Courteney opted to perch herself on the top of the Stern Show couch, even leaning over the divider to say hi to Fred Norris.

Of course, Courteney and David were once married and Howard talked to them about how they were able to remain friends even after their divorce.

“David is the most amazing guy. He’s got the best heart,” Courteney told Howard.

That show, Howard had talked a lot about heading out to L.A. and attending the party Jimmy Kimmel was throwing for him. David was already on the guest list, but Howard wanted to know if Courteney wanted to come too.

“I want you there. You don’t even have to bring David. Honestly, I’d rather have you there,” Howard joked to Courteney. 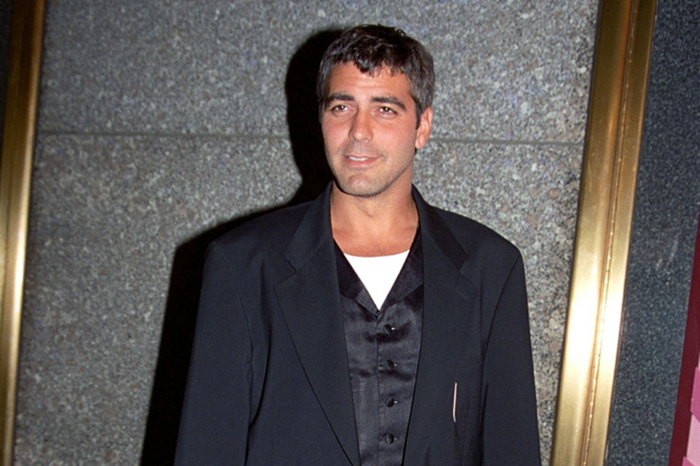 In 1998, George Clooney came on the Stern Show as a mystery guest. In order to throw off Howard and Robin, George attempted to answer their questions with a southern drawl.

While blindfolded, Robin asked if the unknown man was on a top TV series — he was at the time, starring on the massive NBC hit drama “ER.” It wasn’t long before Howard correctly guessed it was Clooney sitting on the couch.

George talked his transition into doing more movies, having a hit show, and his little known role on the animated series “South Park,” playing Sparky the dog. He agreed to voice the animal after the show’s creators Trey Parker and Matt Stone singled him out as being perfect for the part.

“They come over to my trailer with a microphone and set it up and I just barked,” George said of recording Sparky’s voice. 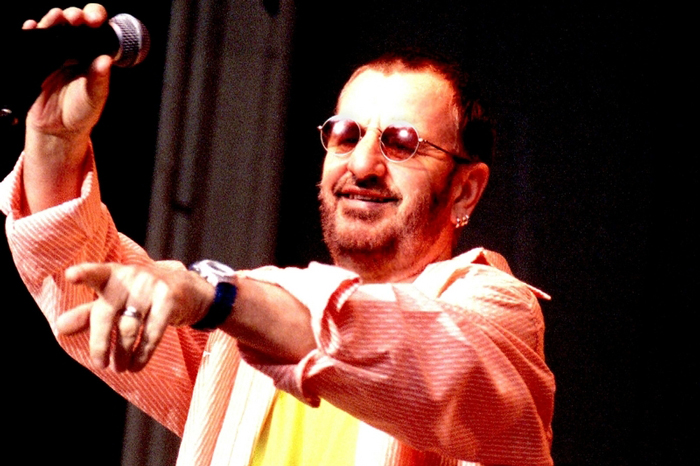 Ringo Starr, another Stern Show mystery guest, dropped by in the summer of 1998 and it didn’t take long for Howard to recognize the former Beatle’s voice, despite him speaking through a cup.

“I’ve never been this close to a Beatle. You are a big star!” Howard exclaimed after removing his mask and seeing Ringo sitting in front of him.

Mickey Mantle’s Voice Is All Robin Needs to Hear 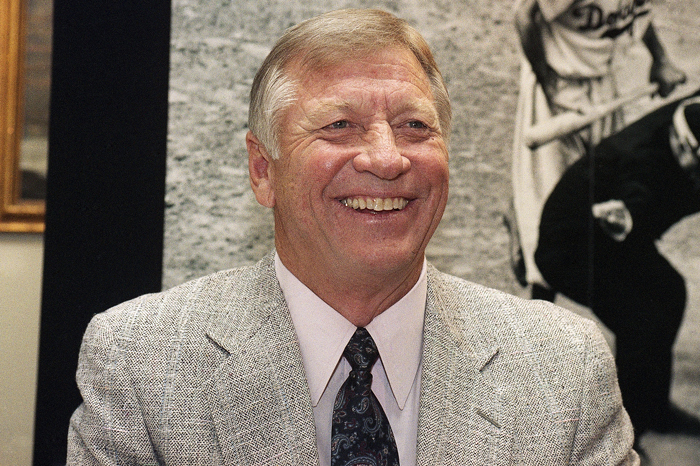 When Howard and Robin put blindfolds over their eyes back on June 24, 1987 in anticipation of the day’s mystery guest, the only information they had to go on was that Gary Dell’Abate assured them it was a “real good guest.”

Instructed to disguise his voice, the mystery guest offered a couple of muffled “hellos” (sending Fred Norris into a fit of laughter) before Howard asked for a hint, prompting Gary to offer one vital piece of information: “He’s a living sports legend.”

That clue and hearing the baseball great’s voice was all Robin needed to correctly guess Mickey Mantle. Everyone wondered how she identified him with such little information.

“I heard your voice. I know your voice real well,” she explained.​

Nick Viall from ‘The Bachelor’ Says a Quick Hello

Howard has never shied away from talking about his fandom for “The Bachelor” and “The Bachelorette.” In 2017 Nick Viall, who starred on both ABC reality franchises, dropped in and shed light on what happens when the cameras aren’t rolling. Nick also learned about vocal fry, something Howard has noticed several of the shows’ female contestants are afflicted with. That’s not what turns Nick off the most, though.

“I would say, in general, bad breath is the biggest turn off for me,” Nick told Howard in the video (above). “But thankfully there’s a lot of Listerine floating around the ‘Bachelor’ mansion.” 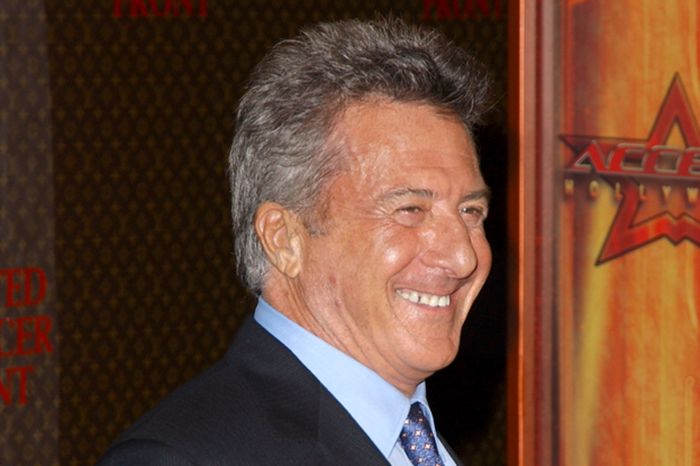 During 2009’s “Out-Produce Gary” contest, listeners were urged to get the biggest star they could to call in to the Stern Show. When Oscar winner Dustin Hoffman called in, there was no question who the contest’s winner was.

“Here is a guy who is a real actor. He becomes the character,” Howard said.

“In ‘Tootsie’ you forgot he was a guy!” Robin added. 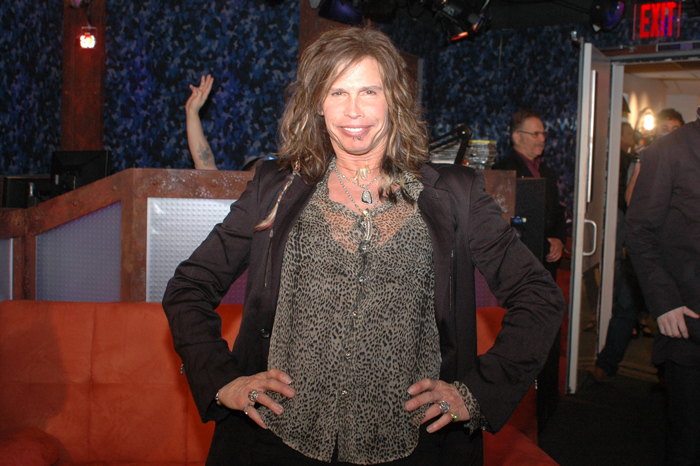 Gary announced to Howard and Robin he’d be escorting a surprise guest into the studio during the second hour of the Stern Show on Jan. 18, 2011. When the door flew open and Aerosmith frontman Steven Tyler walked in, both were thrilled to see the rocker again.

“My man!” Howard said to Steven. “This is exciting.”

Steven’s new gig at the time was as a judge on “American Idol.” He assured Howard the job didn’t make him any less rock and roll and it certainly wasn’t a sign Aerosmith was breaking up.

“It doesn’t mean the band’s over. We had a great tour,” Steven said. “I told those guys, ‘Idol’s’ four months: February, March, April, May.”

He told Howard that left plenty of time to dedicate to Aerosmith and making new music. Plus, he said starring on the Fox reality series would give the band even more exposure.

“I love these guys. I love them to death,” Steve said of his bandmates.