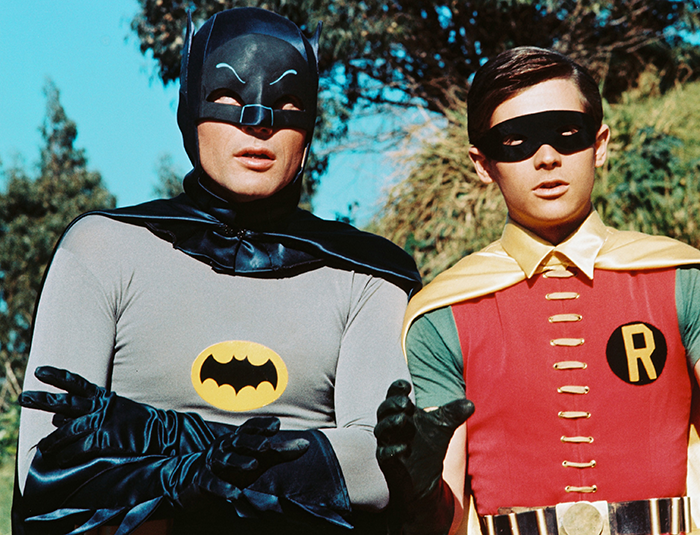 Adam West, star of the campy 1960s “Batman” television series, passed away on Friday after battling leukemia. He was 88.

During one visit to the studio, West even brought his original Batman mask so that Howard could try it on.

“Would you do me the honor of trying on my classic, original Batman cowl?” Adam asked Howard that day as he presented the piece of superhero history.

West himself said he was no longer allowed to don the cowl, as Michael Keaton was portraying Batman onscreen and DC Comics didn’t want there to be any confusion amongst fans.

Moreover, in a 1989 Stern Show appearance, West described the difference between his portrayal of the Caped Crusader on television and Keaton’s in the Tim Burton-directed film.

“It’s a whole different kind of Batman. It’s moody, it’s dark, and understated—where my Batman was kind of lighthearted and fun and goofy,” West said.

Adam made his final visit to the Stern Show in 2003.

“He will be missed. He was a really nice guy,” Howard offered in closing.