Stern Show staffer will reportedly play himself in the movie, which will be directed by Robert Smigel 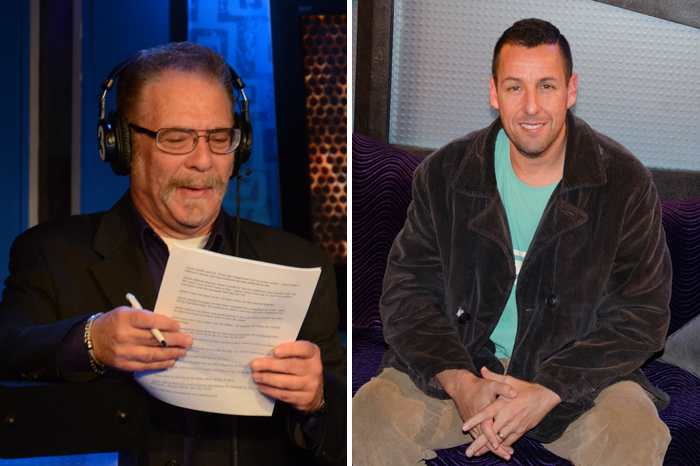 Ronnie “The Limo Driver” Mund has been cast in Adam Sandler’s next Netflix movie “The Week Of,” which co-stars Chris Rock alongside Adam and is being directed by Robert Smigel. Ronnie will reportedly play himself.

Sandler’s camp first contacted Howard to make sure it was ok that Ronnie would be portraying his limo driver “character” on film, and Howard said with a laugh on Monday morning that they may be surprised when they find out it’s not a character … he’s really a limo driver. “I’m not one to stand in the way of success,” he offered, though.

Ronnie seemed excited by the prospect of being in the film. “It’s pretty cool that they got in touch with you to tap me for the part,” he said.

Adam visited the Stern Show studio in April and revealed some details about the film’s plot. “My daughter’s going to marry Chris Rock’s son,” he told Howard. “It’s kind of the week of the wedding and what families do and how crazy it gets.”

There’s no word yet on how Ronnie’s character will play into the script, but Howard hoped it might surpass even Gary Dell’Abate’s “Sandy Wexler” cameo. “I hope he gives you something meaty to really sink your teeth into,” he said.

Adam Sandler and Robert Smigel aren’t the only stars welcoming Ronnie into their sphere, either. He recently returned from a five-day trip to Las Vegas where he accompanied NASCAR driver Kurt Busch for a week of partying.

The 67-year-old went on such a mad tear that he reportedly lost his voice, too. Highlights from the trip included going to see Carrot Top perform, which Ronnie raved about, and later meeting the comedian backstage as well as hanging out by the pool at their hotel all week.

“I heard you threw girls in the pool with their clothes on,” Howard prodded.

While initially coy, Ronnie ultimately copped to the report and explained himself. “It’s called fun, having a good time,” he said. “I didn’t actually pick them up, I like, walked them over to the pool and then threw them in.”

Robin was baffled and wondered if Ronnie would ever grow up.