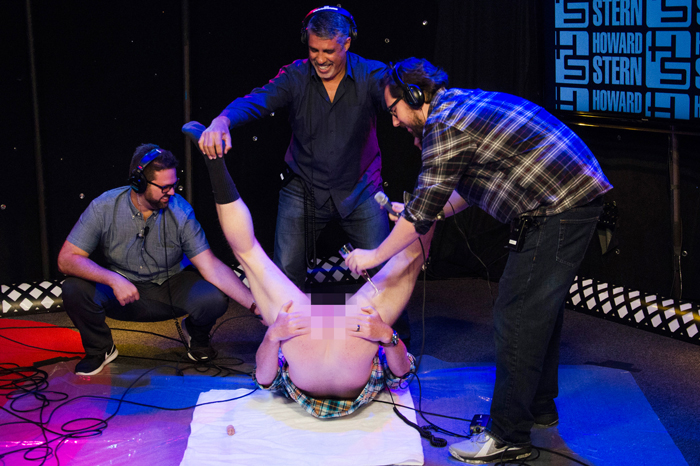 The staff of the Stern Show gathered in the studio on Wednesday morning to toast the 13th anniversary of Richard Christy being hired. A glass of champagne was raised in Richard’s honor … to be promptly poured all over his ass.

“I’m opening wide,” Richard yelled while lying on his back with his legs swung over his head.

JD Harmeyer stood above him, drink in hand. “I’m Richard’s personal butt-tender,” he told Howard. Popping the cork proved a bit challenging for JD since he admitted this was his first time opening a bottle of champagne.

“Say something nice, JD, before you pour it,” Richard told him.

“I want to give a toast to one of my friends here. It’s a pleasure to work with you,” JD managed to say through bursts of laughter.

Of course, Richard’s best buddy Sal Governale was also on hand for this special occasion.

“He’s gaping, Howard,” Sal said while staring at Richard, naked from the waist down.

Stern Show Executive Producer Gary Dell’Abate had the unfortunate task of holding Richard’s legs during this special champagne toast. “Can we just do this, please?” he pleaded.

With that, JD tipped his flute and let the champagne run all over Richard’s backside, perhaps a little too quickly, though.

“Why didn’t you pour it slowly so he could enjoy it?” Howard asked JD. The alcohol seemed to have an effect on Richard, though, who said he felt a bit buzzed after the toast.

Before the celebration concluded, Richard requested Sal be allowed to pour some champagne into his uncircumcised penis pouch.

“It’s your anniversary,” Robin told him.

Sal obliged and filled his pouch with just a bit of bubbly before daring Richard to drink it. Richard got on his knees and did just that.

“He slurped it!” Sal exclaimed. “He drank champagne out of my dick!”

“I mean, it’s an anniversary. I gotta step it up a little bit,” Richard said.

Check out more photos from Richard’s anniversary celebration (below). 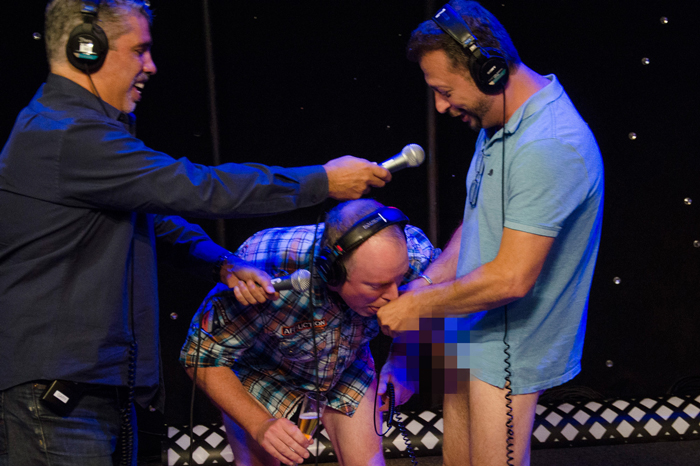 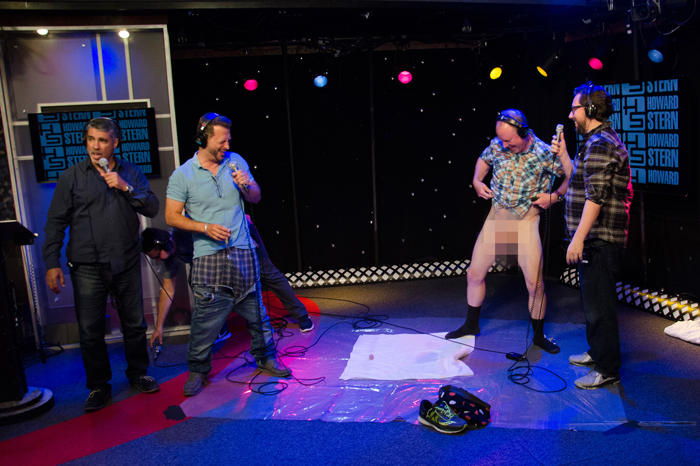 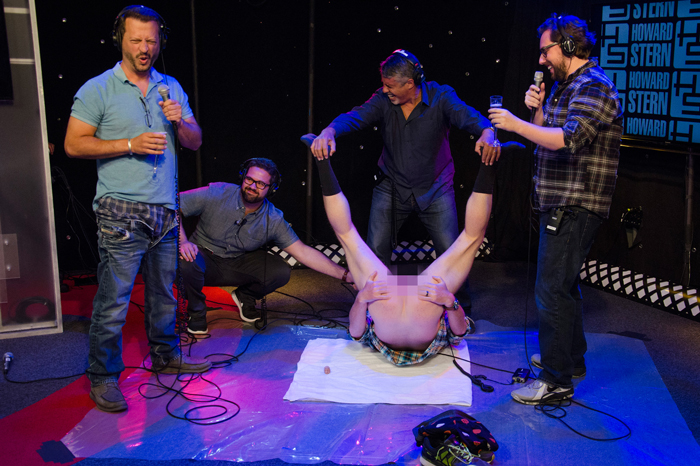 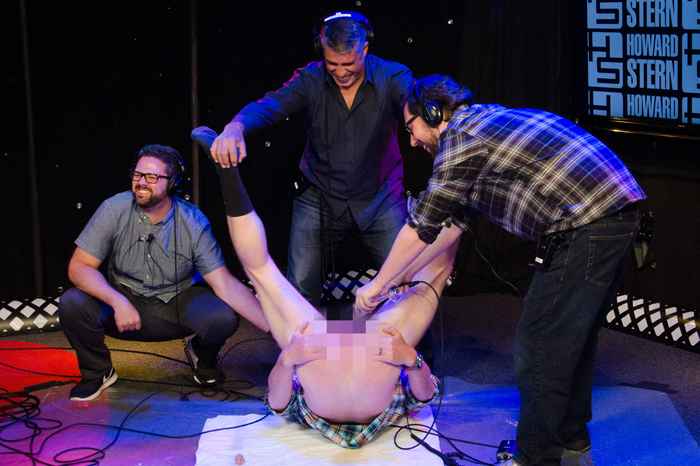 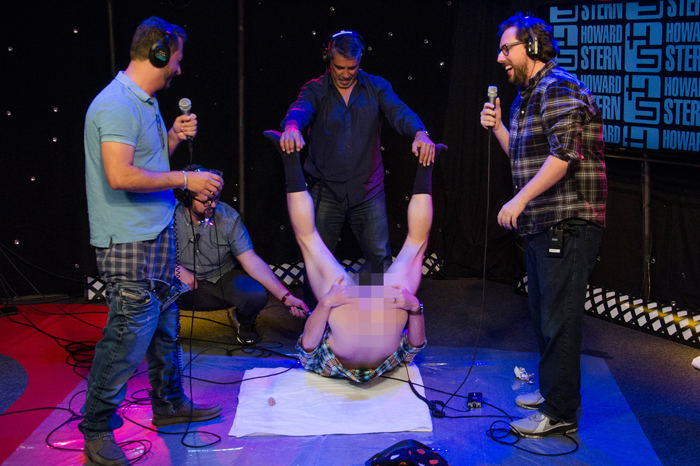