Both comedians passed away over the weekend 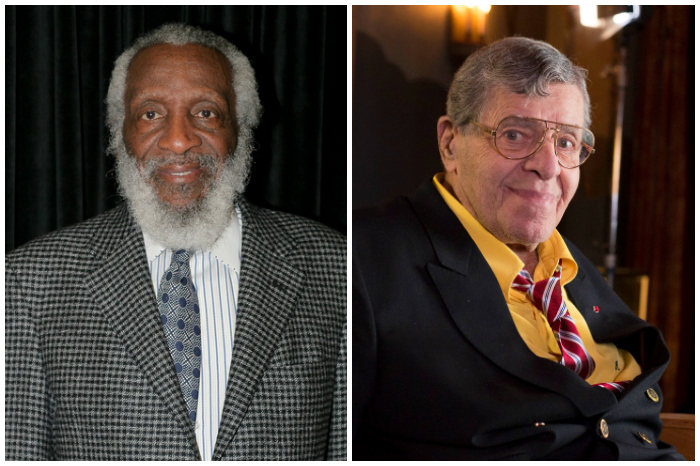 Monday morning’s Stern Show featured Howard sharing his thoughts on the passing of two comedic greats: Dick Gregory and Jerry Lewis. Both men died over the weekend after making indelible marks in the entertainment industry.

“Dick Gregory was a genius,” Howard said of the stand-up and political activist, who died at 84 on Friday. “When he was a young man, as a comic, there was no better than Dick Gregory.”

Growing up in the mostly black community of Roosevelt, N.Y., Howard recalled how influential Gregory’s early routines were to him and to the other kids around him, calling the comedian his “boyhood hero.”

“I just loved him and I thought he was so cutting edge,” Howard continued.

Check out Dick Gregory’s bit about shoveling snow in the video (below).

On Sunday, comedian and actor Jerry Lewis passed away at age 91 at his home in Las Vegas. Howard praised Lewis’s knack for physical comedy.

“He could walk in and just be funny,” he said.

As it turns out, Jerry was a fan of Howard’s work, as well.

“I think I told you that Jerry Lewis wrote me a note,” Howard told Robin. “About two years ago, when I was in my last season of ‘America’s Got Talent.’”’

In the letter, Lewis let Howard know he was a fan of what he was doing on “AGT.” Considering how multifaceted Jerry’s own talents were, Howard was touched to receive the compliment.