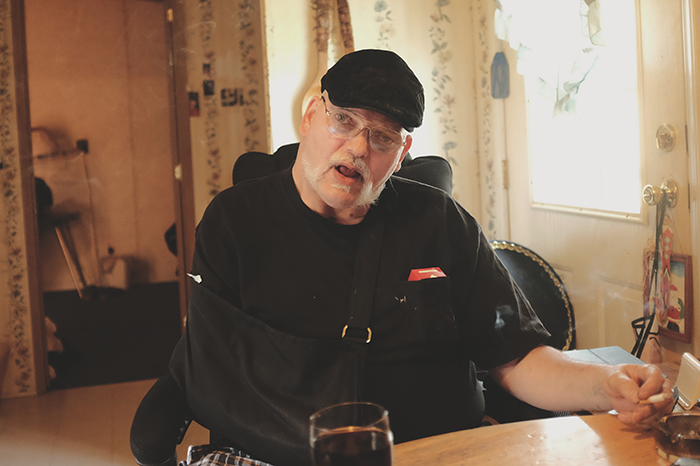 Following in the footsteps of Ronnie “the Limo Driver” Mund—as well as fellow Wack Packers like Eric the Actor and Beetlejuice—Jeff the Drunk has reportedly been offered a part in what he described as a “legitimate film.”

The Albany resident explained the movie will be filmed in Los Angeles, which might cause an issue for him, though. After being admitted to the hospital for six days recently, the Wack Packer was sent home with oxygen tanks to treat his COPD and now requires a doctor’s note to board an aircraft with his apparatus.

And despite Jeff’s earlier assertion that he had ceased smoking cigarettes, Shuli announced he received a photo highlighting new cigarettes in Jeff’s ashtray. A caller also claimed to have seen Jeff smoking on Periscope.

“You think you’ve got me busted but you don’t!” Jeff shot back. Only, he was in fact busted. When push came to shove, Jeff admitted he finished off his cigarettes upon returning home from the hospital … but not with his oxygen hooked up. He added it’s now been more than a week since he’s had a cigarette.

In more uplifting news, Jeff reported the biopsy came back on the growth in his mouth and “it’s benign.”