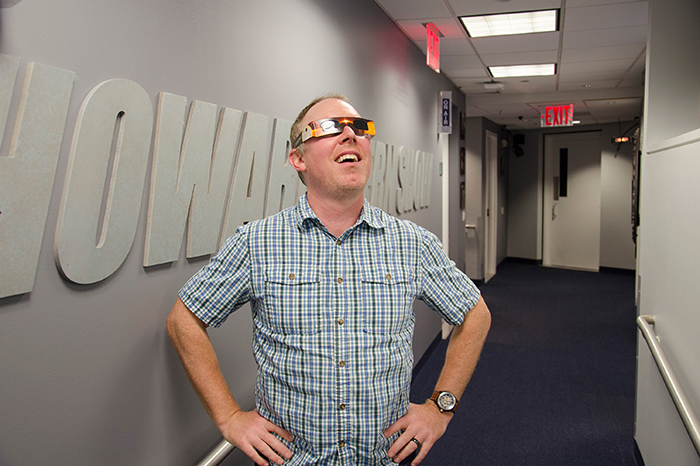 Richard Christy arrived at work Monday morning with a pair of eclipse glasses in preparation for the rare solar eclipse.

Experts warned that “it is never safe to look directly at the sun’s rays — even if the sun is partly obscured” and cautioned that the specialty glasses must be worn by anyone planning to face the sun.

Howard questioned the quality of Richard’s choice of glasses, though, considering they came in a pack of five for $15.

“You only live once,” Richard joked before revealing his excitement even led him to re-watch John Carpenter’s “Prince of Darkness.”

See Richard in his eclipse glasses (above).