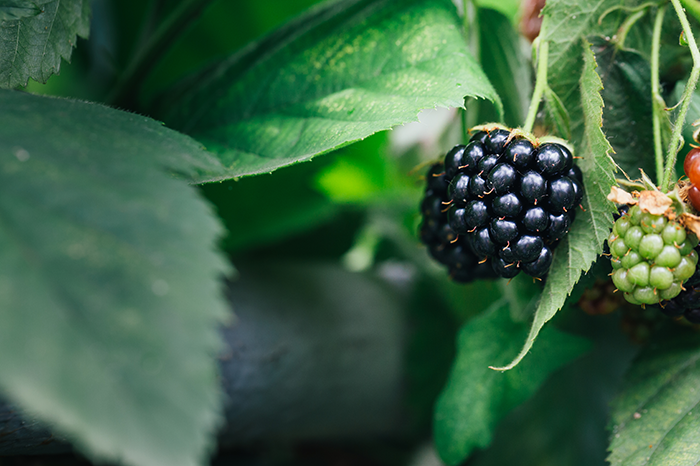 After spending two days sitting in the studio, Jimmy Kimmel spent a few days with his family residing at the Stern household along with Howard and Beth.

If it sounds glamorous, Howard assured listeners that nothing exciting happened. In fact, he explained, the duo spent their time together taking walks on the beach and picking blackberries after Jimmy discovered a batch of wild berries on the property. Howard also attempted to serenade Jimmy’s daughter with more songs after the “Name Game” failed to do the trick.

Howard and Jimmy tried to watch the much-hyped boxing match between Floyd Mayweather and Connor McGregor, but not without incident. Howard told Robin he was unable to even turn his TV on, let alone buy the pay-per-view. It took 30 minutes to get everything in order and, with the main event starting close to midnight, Howard decided in the end to go to bed and watch it in the morning … only to discover his TV didn’t record it as planned.

Before Kimmel headed back to Los Angeles, Howard also took the chance to get him together with fellow late-night host and recent Stern Show guest Jimmy Fallon for a catch-up after learning the two exchange emails from time to time.

Robin, on the other hand, revealed she spent some time re-watching HBO’s “Game of Thrones.”

Knowing the general plotlines has allowed her to figure out what is actually being discussed by the characters, she explained. “I’m really enjoying the show much better than I ever have,” she added.