You’ll never look at a Waterpik the same way again 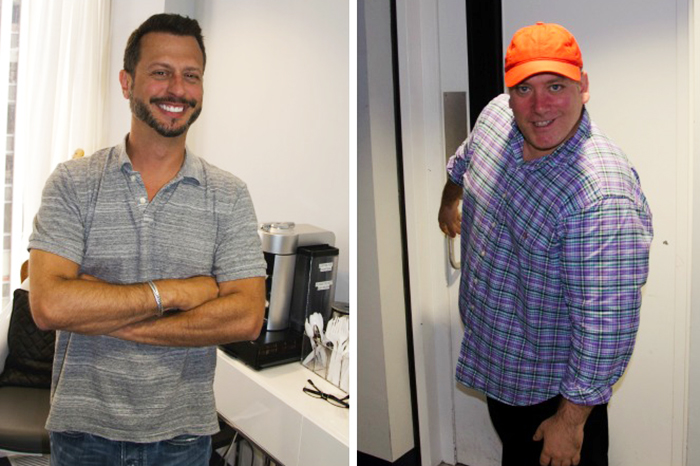 “I wet my ass with my hand, I spread my legs, I put my feet in the air, I lean back … you should try it, Howard. It’s great,” Sal said on the air. According to him, a little moisture back there leads to a very special sensation.

There was even an instance where Sal got real wet and wild. “I once stuck a Waterpik up my ass,” he admitted to Howard, adding he experimented with the water flosser when he was much younger.

Benjy decided to share his own story about meeting someone on a singles hotline many, many years ago.

“I start talking to this woman and we have a nice conversation,” Benjy explained, telling Howard their conversation occurred around 2 a.m. They talked on the phone for a while and then made plans to come face to face at her apartment in Brooklyn. Benjy headed over but didn’t wear his contacts there.

“At this point I was just excited,” he continued.

Once at his date’s home, though, she told him he needed to be quiet so as to not wake up her parents whom she still lived with. Once in her bedroom, Benjy recalled there being “dark satanic imagery” covering the walls as well as what appeared to be bats hanging from the ceiling.

The night took an even stranger turn once Benjy’s date tried some roleplaying exercises out on him. “She acted like she was my aunt or something like that,” he said.

But it was when Benjy began feeling his date up with his hands that he knew things weren’t as they seemed, describing her breasts as having a weird “texture.”

“It was a sudden realization like ‘Oh my fucking God. This is a guy!’” Benjy revealed. It wasn’t until then that he noticed the stubble on his date’s face or their deeper-than-usual voice.

Since Benjy wasn’t interested in hooking up with a man, he made up a story about having a girlfriend and bailed out on doing any further physical activity. When he tried to politely leave his would-be date’s place, though, he was denied.

“I had to stay in her bed with her caressing me,” Benjy said. It wasn’t until the sun came up the next morning that Benjy was able to make his exit.