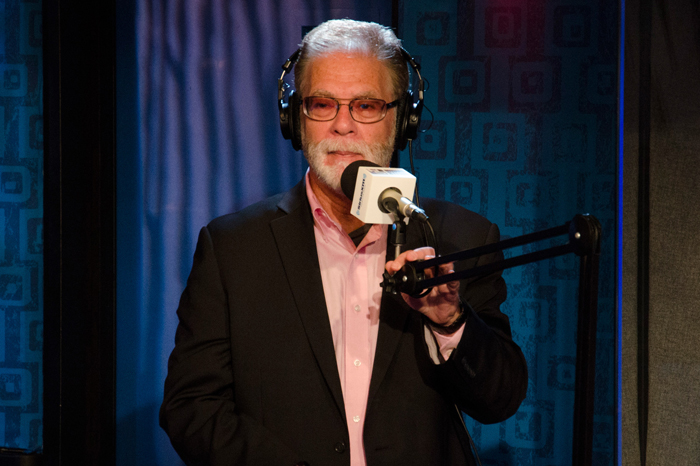 It sounds like Ronnie “the Limo Driver” Mund wants to get in touch with his feminine side. On Wednesday’s Stern Show, he admitted (in great detail) if he had a magic lamp that granted him one wish, he’d want to become a woman for a day just so he could see what sex is like for a female.

Specifically, Ronnie is interested in having two men with different penis sizes penetrate him. Their race and age don’t matter but he did tell Howard he thinks he’d prefer the penises be circumcised. He also admitted he’d do more than just sex — kissing, caressing, and even oral foreplay are all a part of the fantasy as well.

“I just want to see how it works,” Ronnie said. “I don’t see what the fucking big deal is about this.”

“I’m flabbergasted,” Robin Quivers responded. “It’s really fascinating to me that Ronnie wants to be a woman.”

Howard questioned what all this means for Ronnie’s sexuality in the real world — does this mean he’s not 100-percent straight?

“The fantasy converts you into a girl for the day,” Ronnie corrected him, explaining he’s not interested so much in men as he is in what sex is like for a woman. “I’m curious. I’m a very curious person.”

It turns out, Ronnie’s fantasy actually has a name — autogynephilia. Howard described it as “a male’s propensity to be sexually aroused by the thought of himself as a woman.”

“To each his own” Howard told his driver. “I hope your wish comes true. I hope a genie visits you.”

“If I got a wish it would be to grant Ronnie’s wish,” Ralph said with a laugh.