“You don’t like it? Don’t do anything!” the Stern Show staffer tells Howard 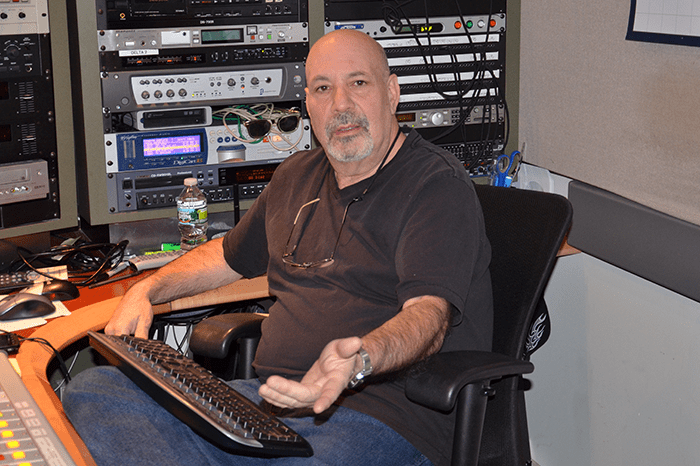 While he might not typically be the most engaging personality on social media, Scott “the Engineer” Salem’s recent Facebook post created quite a stir in the Stern Show office Wednesday morning.

The post contained a chain message, which he reposted, soliciting anyone reading to “make a comment using a single word about how we met” and subsequently repost the message to their own account.

The post garnered about 30 responses from friends, including Stern Show Executive Producer Gary Dell’Abate who simply wrote “work” and declined to repost to his own page.

Howard, on the other hand, had a different one-word response to the post: “Why?”

Scott seems to have made his own rules for the game, though. Despite posting the instructions in which he tells friends to “copy this message on your wall and I will also leave you a word,” the audio engineer opted to receive responses without offering any of his own.

Additionally, Howard discovered the post was made at 11:53 a.m. on a Friday … when Scott was supposed to be working.

Check out a photo from Scott’s Facebook page (below). 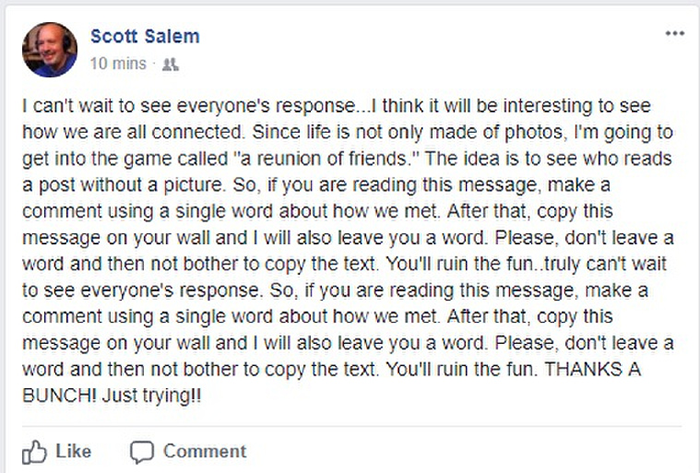