Steve decided to not bring up the smelly issue, but life had other plans 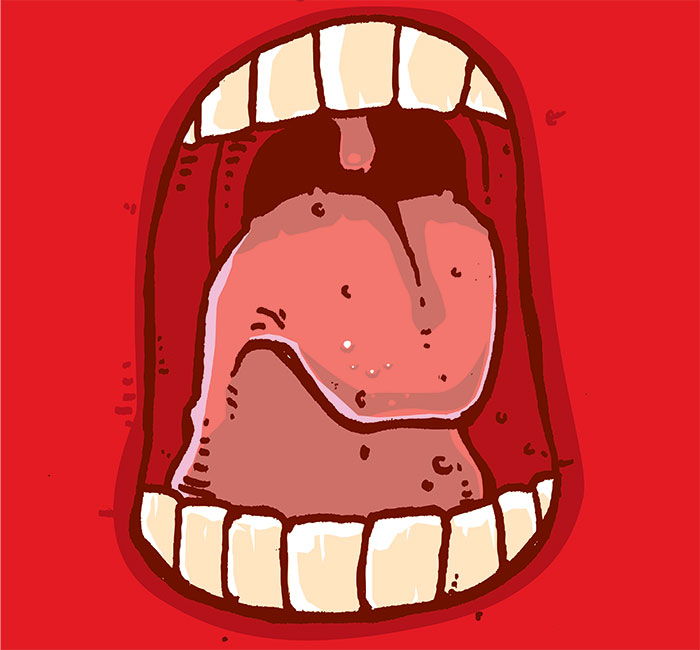 One of the most talked-about callers of 2016 returned to the Stern Show Wednesday morning to provide listeners with an update on his captivating story.

Back in September, a man named Steve called Howard with a major conundrum: he claimed he was dating a hot dentist who was at least a nine if not a ten, but alleged her breath smelled like a “doody sandwich.” It wasn’t something that he could just ignore, either. “Her breath was like if shit ate another shit and shit it out,” Howard recapped for the audience.

After receiving some surprisingly useful advice from Ronnie Mund, everyone has been itching to know how Steve handled the situation months later.

“I decided to be a pretty big pussy about it and not say anything at all,” the caller revealed on Wednesday. “I ran through the conversation in my mind a couple times and was just like, ‘I don’t see how I can eloquently put this,'” he said, explaining that he was concerned she would be insulted and leave him for someone else … after fixing her breath.

Despite the fact Steve decided not to confront his girlfriend about her “shit breath,” life still threw him a curve ball. “She broke up with me,” he told Howard.

It turns out airing relationship problems on satellite radio is not the most confidential forum, as Steve allegedly found out during an uncomfortable car ride with friends. He said a fellow Stern Show fan was listening to a “Best of 2016” segment featuring Steve’s call while his girlfriend was also in the backseat.

“I’m in the car ride basically saying, ‘Maybe this voice sounds like me, but this couldn’t possibly be me. Why would I do that? You don’t have bad breath. You have fantastic breath. You have no breath problems,” Steve recounted.

As more details unfolded in the original 42-minute phone call, though, there was no denying it. “She got really, really upset,” he told Howard. Hear Steve’s full account of the tense car ride below:

“That is a crazy way to lose her,” Robin commiserated.

Needless to say, the relationship is unfortunately over. Steve said he is pretty sure he won’t get another woman as beautiful as his ex, but at least he won’t have to smell her doody breath anymore.