Stern Show staffer offers an explanation for his behavior 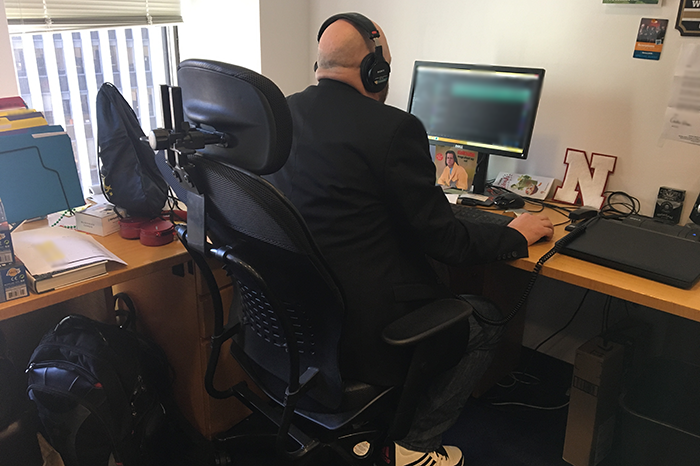 While Brent Hatley’s name frequently evokes memories of a certain signature patriotic tune, his office mate Shuli Egar now has a new sound to associate with his coworker.

On Wednesday Howard played audio recorded by Shuli in their joint office featuring Brent groaning and moaning while doing his work.

“During the day I generally walk around and talk to myself,” he explained. “So when I’m in the office and I have my headphones, working, I’m kind of keeping from saying words talking to myself.”

Hear the recording (below).

This isn’t the first time Brent has been caught murmuring to himself, either. In 2016, Shuli spilled that Brent was doing his own personal play-by-play announcement while the two of them were at an NYCFC soccer game. Brent’s fiancée was there as well but wasn’t surprised to see him talking to himself.

“Oh he does that from time to time,” she explained.