“He’s using the bumper as like a toilet seat,” Howard’s limo driver recalls 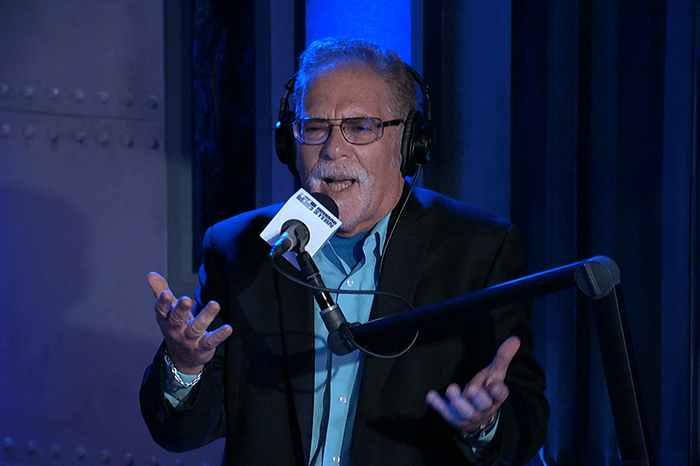 Last month Robin read the story of a Colorado jogger who simply refused to stop pooping on her neighbor’s lawn and on Monday morning Ronnie “the Limo Driver” Mund got a similarly nasty surprise as he waited outside to pick up Howard.

“I see a guy walk behind the car, but I see he didn’t walk out from behind the car. So now I’m wondering what the fuck is going on,” he explained. “I get out and I did like a wide swing to come around the back. And the guy is sitting on the bumper taking a shit,” he recounted.

Both Howard and Robin were shocked, to say the least.

“He’s using the bumper as like a toilet seat,” Ronnie reiterated.

While the anonymous defecator seemed to think he had found some peace and quiet, the man was quickly jolted back to reality when Ronnie rounded the corner and saw what was going on.

“I yelled at him,” Ronnie said. “I go, ‘Hey, what the fuck are you doing?’ And he pulled his pants up as he was shitting and he ran away.”

After first contemplating a car wash, Howard settled on more extreme measures after hearing the story. “Do me a favor, just burn the car,” he instructed Ronnie.