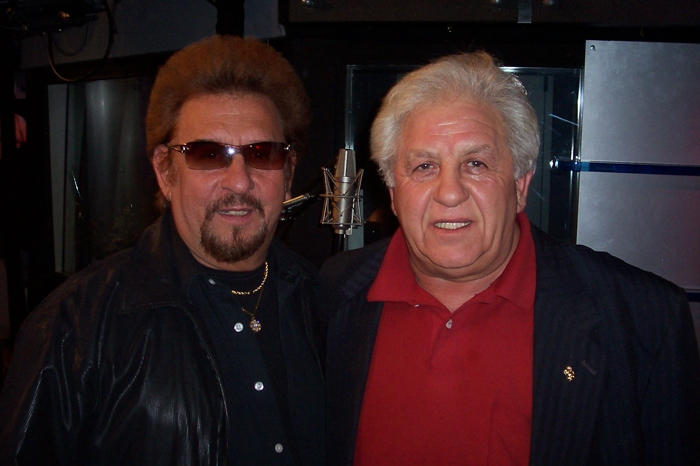 Fred Norris is frequently hitting a sound drop of an old Italian man saying “Get outta here,” but few Stern Show superfans probably know where that now-familiar quote originates from. It all has to do with staffer Sal Governale and his quest to get hired by his idol, Howard Stern.

In 2004, Sal competed in the Win John’s Job contest against several other superfans in order to land a full-time spot on the show. Competitors were tasked with finding a new Wack Pack member and Sal still recalls how he decided to bring in his Uncle Paulie.

“I was racking my brain and then it just hit me … Uncle Paulie,” Sal remembered. “He was a natural. He was a dunk shot. I remember bringing him in and as soon as he opened his mouth Howard’s eyes just lit up.”

Paulie isn’t actually Sal’s uncle – he was his father’s best friend and was around all throughout Sal’s upbringing. Uncle Paulie visited the Stern Show for the first time on June 5, 2004 and made such an impression, something he said on air continues to get played in drop-form today.

Hear the full Stern Files Declassified story on Uncle Paulie and “Get outta here” in the audio clip (below).