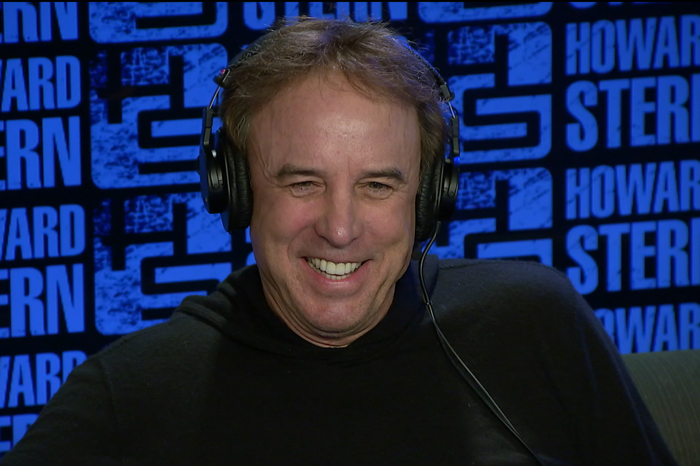 Laughs are a given whenever Kevin Nealon visits the Stern Show. But on Tuesday, Howard told his guest he also just enjoys how much the comedian relaxes him whenever he’s seated on the couch across from him.

“You got me into this rhythm,” Howard told Kevin during their interview. “You suck the audience into your rhythm.”

Kevin’s rhythm consisted of some great new stories, including who in Hollywood he’s been hiking with for his new web talk show, who from “Saturday Night Live” he’s jetted off to St. Barts with, and why he was once able to cry on cue during an audition for a McDonald’s commercial.

Check out all of the highlights from Kevin Nealon’s visit (below) and be sure to check him out on “Man With a Plan” Mondays at 8:30 p.m. ET on CBS. Or if you’re in the New York area, see Kevin live at Carolines on Broadway Nov. 30 through Dec. 2.

Hiking With the Stars

What started out as a nice way to catch up with his famous friends has turned into an honest-to-goodness real talk show for Kevin Nealon. “Hiking With Kevin” is exactly what it sounds like — a celebrity guest taking to the trails with Kevin and having a recorded conversation. So far, Kevin has hiked with stars like Conan O’Brien, Adam Sandler, and country singer Brad Paisley, with more walking interviews coming soon.

“I find it very interesting to see what they wear on the hike,” Kevin told Howard. His former “Saturday Night Live” colleague Dana Carvey came dressed in what looked like “a beekeeper’s uniform,” according to Kevin, while “America’s Got Talent” judge Howie Mandel showed up wearing some heavy-duty hiking gear. But it was actress Bella Thorne’s hiking outfit that actually made news headlines.

“She came to the hike. She had a big sweater on,” Kevin said of Bella, whom he met while shooting their 2014 movie “Blended.” “We’re five minutes into the hike and we’re talking and she just takes off her sweater and she’s got a bikini top on.”

Since the 20-year-old star is a paparazzi magnet, photos of her red bikini top became a trending topic even before her episode of “Hiking With Kevin” came out online. Since its release, the video has racked up thousands of views and expanded the show’s audience even further.

So what’s next for “Hiking With Kevin”? Nealon told Howard he’s making moves that could potentially make his show an even bigger hit. “We’re talking to some people now about taking it to another level,” Kevin said.

For now, he’s keeping production small, using his own cell phone and selfie stick to record his star-studded hikes. “It’s kind of second nature to me now,” Nealon said. 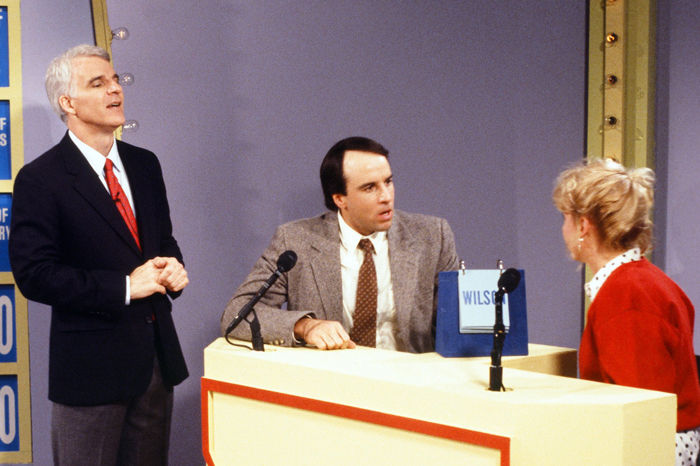 Someone Kevin is hoping will go for a videotaped hike with him soon is comedy icon Steve Martin. The two met on the set of their 1987 movie “Roxanne” — Martin was the lead in the film while Nealon had the bit part of “Drunk #2.” Of course, they’re also connected through “Saturday Night Live” and Kevin recalled how he, Martin, and several members of the 1980s “SNL” cast vacationed together on the Caribbean island of St. Barts.

After enjoying the surf, sand, and sun together, the gang would all return to New York. “We’d all fly back on the same plane together,” Kevin told Howard. He can still remember something Steve Martin said to him while the two were standing outside at JFK Airport waiting for their rides to pick them up.

“He kind of saunters over to me and he goes, you can picture him saying this, ‘You know just because we hung out for a few days doesn’t mean we’re going to be friends’. And I laughed so hard. I thought, ‘That is so Steve Martin.’”

A Love of Learning 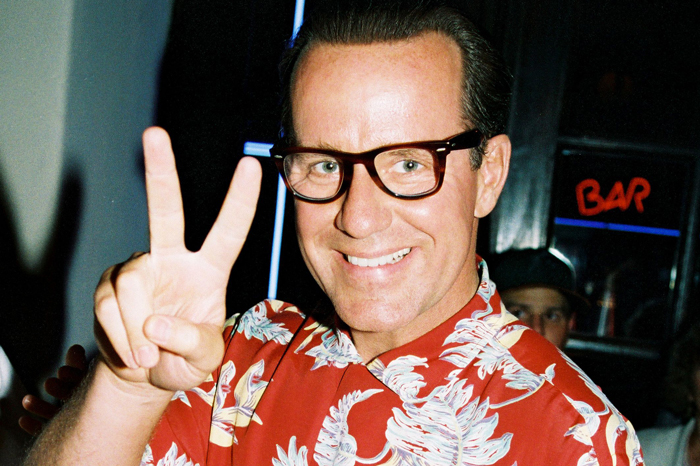 Kevin’s talents don’t end with comedy — he also plays the guitar, the banjo, and hopefully soon, the piano. He’s been taking lessons recently from a young kid he met through his 10-year-old son’s friend. While Kevin used to always follow his teacher’s instructions when he took music lessons as a kid, he has a bit more say in the matter now that he’s an adult.

“Now, all of a sudden, I’m this older guy and I have this young teacher teaching me, like a kid. And I realize I could boss him around. I could say, ‘You know, I think we’re done for today,’” Kevin joked.

His “SNL” costar Phil Hartman might have something to do with Kevin’s longstanding love of learning. “He had such a diverse interest in things,” Nealon said of the late actor and comedian, adding that it seemed like every week that Phil was taking up a new hobby.

You Deserve a Cry Today

Another talent Kevin seems to possess is the ability to cry on cue — at least, if he has the right inspiration. During an audition for a McDonald’s commercial way back when, Kevin had to shed a tear while reading in front a group of casting producers. His first attempt went well thanks to the fact he was heartbroken.

“I had just broken up with my girlfriend of six months,” Kevin said. “I was so upset about this girl and when I had to cry I just cried so hard.”

But after some time passed and he got a call back, Kevin couldn’t cry quite so easily. “By now, I’m kind of over the girl,” he said with a laugh. “I couldn’t bring it and I didn’t get it.”

Howard wondered why Kevin would be crying in a McDonald’s commercial anyway. While he couldn’t remember the script exactly, he supposed it had something to do with his inability to get a Big Mac.

Check out Kevin Nealon on “Man With a Plan” Mondays at 8:30 p.m. ET on CBS and see him live this week at Carolines on Broadway Nov. 30 through Dec. 2. For ticket info click here.