The Stern Show staff was hungry on Tuesday morning! After Howard announced on air that he wouldn’t be eating his lunch, he left it up to Ronnie “the Limo Driver” Mund to decide who got to chow down on his vegetable wrap. But since he couldn’t settle on who to gift the sandwich to, Ronnie instead threw the wrap behind his back, much like a bride throws her bouquet at the end of her wedding.

Lined up to catch the uneaten lunch were JD Harmeyer, Benjy Bronk, and a Stern Show staffer named Ryan, the latter of whom got tackled to the ground by Benjy in a fight for the free food.

“It was like mass murder out there,” Ronnie described on Wednesday.

Benjy eventually emerged the victor, but agreed to split the wrap with his coworker—a generous move considering how much he seemed to enjoy it.

Despite the free meal, Benjy admitted that he did eat a second lunch that day. But the increased appetite may have been due to all of the testosterone pulsing through his body after the skirmish. “I thought I looked a little manly,” he noted upon viewing the footage.

The sandwich incident wasn’t Benjy’s only eating habit that had the office talking, either. Shuli Egar snapped a photo of his coworker’s technique while chowing down on a bag of fruit (below). 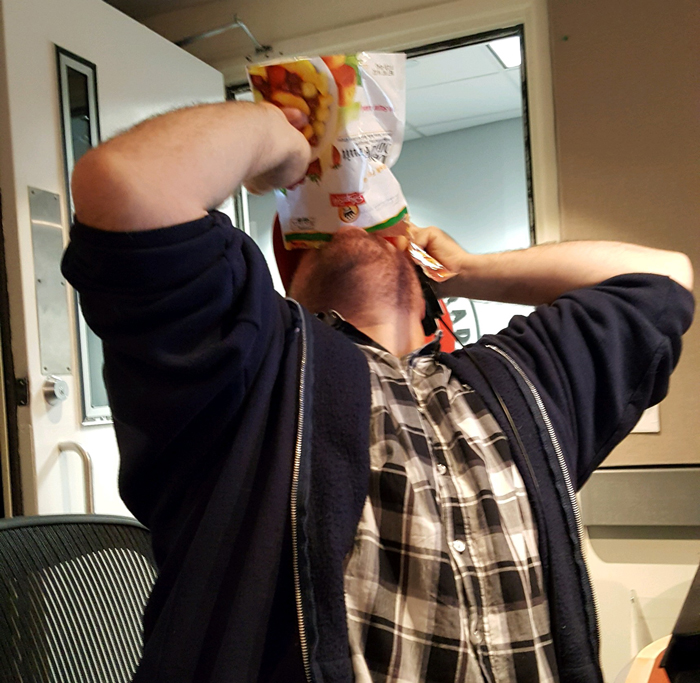 “It’s literally like a horse with a feedbag strapped on,” Gary Dell’Abate described with a laugh.

Before moving on completely, Howard also pointed out the thermal bag Ronnie has been using to transport his sandwich, which is from the New York staple Big Gay Ice Cream Shop, yet has tape covering part of the logo. 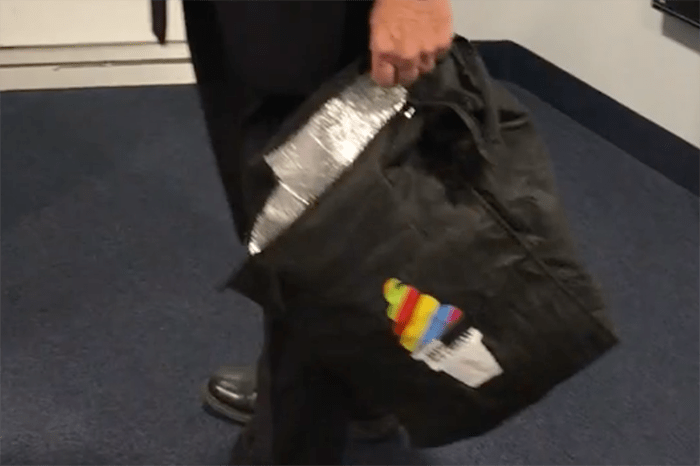 Ronnie was unsure where he attained the bag, but explained that it works well to keep the food hot. He also justified his decision to add the tape. “The kid goes out to get your sandwich, so, you know, there’s a lot of crazy people on the street … I was worried about the kid getting his ass kicked in,” he said.

Check out the full video (above).