“This is legitimately the most uncomfortable I’ve ever been, like on assignment,” the Stern Show staffer tells Howard 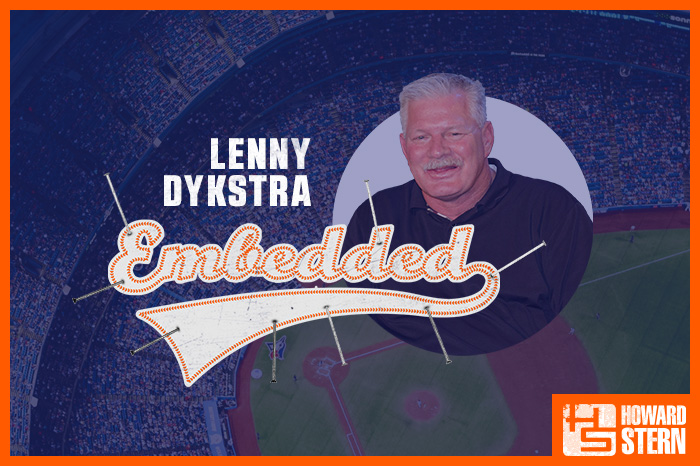 In June 2016, Lenny Dykstra visited the Stern Show for the very first time and captivated audience members with his tales of scoring home runs in baseball and in the bedroom. Later that year he returned with two women who were willing to vouch for his infamous tales of sexual prowess. And on Wednesday, Howard unveiled a brand new Embedded special where Stern Show staffer Memet spent two days with Lenny at his guest home residence on the outskirts of a Beverly Hills mansion.

From the moment Memet arrived at the mansion’s gates, there was one thing on Lenny’s mind.

“See this motherfucker across the street? He’s got a hot fucking daughter, dude,” Lenny told Memet as he drove up. He added that the father once confronted him about staring, but he came up with an excuse. Listen (below). 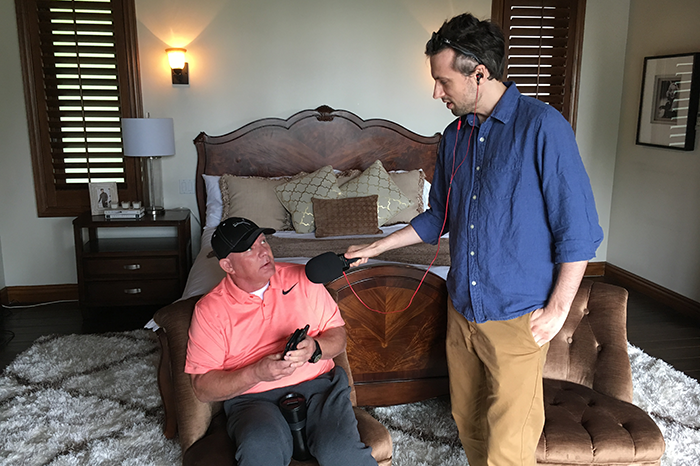 Memet also revealed Lenny carries around three separate cell phones. One for “business,” one for “pussy,” and one for “late-night locks,” who are women Lenny said were always game to meet up. According to Memet, the phones were constantly ringing.

To keep up with the demand of the women, Lenny is on a strict regimen of Gold Lion male enhancement pills. “He had a closet full of them,” Memet told Howard, adding he also claimed to take amoxicillin daily to ward off sexually transmitted diseases.

From time to time the pills can be too intense for Lenny, though, and he demonstrated how sometimes he has to bail mid-coitus to run outside and lie on the ground naked to catch his breath. “You can die fucking,” he rationalized.

“Meanwhile, where he goes out to lay naked … he has a full boner. I mean, the neighbors can see it,” Memet told Howard. 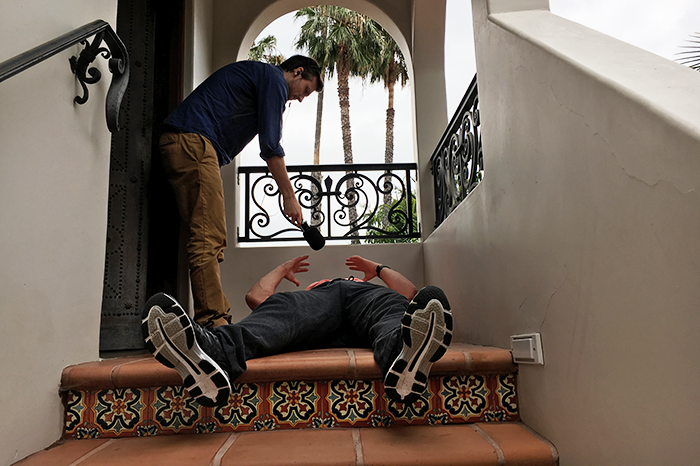 The Stern Show staffer also got a firsthand look at Lenny’s daily attempts to pick up women alongside his friend “Shoe Polish.”

Admitting he gives out fake names initially to avoid women Googling him, Lenny revealed some of his aliases, including Winston Stone and James Parker. “Winston Stone got a lot of pussy,” he said.

Most of the time, however, Memet figured the women couldn’t actually understand what he was saying due to his lack of teeth. On that subject, Lenny revealed he primarily uses a dentist in South Dakota as L.A. dentists seem pricey to him.

Nevertheless, Lenny gathered a group of women to go out to a fancy dinner the night Memet was in town and regaled them with clips of Denis Leary talking about him on the Stern Show as well as a few choice jokes. Hear one (below).

Most of the girls were in their 20s and one even attested to Lenny’s skills in the sack. “He’s not afraid to take time,” she said. “He gets pleasure from my pleasure.”

Another woman also vouched for his expertise, but she was slightly older, so Lenny referred to her as “Fossil.”

In one of the few moments Lenny was not thinking about women, he walked Memet around his neighborhood, which included a pass-by of one building that seemed to unsettle his nerves.

“This is a government-owned house where they’re doing some type of testing or cloning,” Lenny said before suddenly running away as fast as he could.

Memet was left in the dust by the former Met. “When he sprinted away, we didn’t know what to do,” he recalled. “He can move.”

Before the Embedded special ended, Lenny documented one of his infamous oral sex sessions in audio form and provided it to Memet as a parting gift.

Lenny himself summed it up best: “This is just one more part of a day in the life of Lenny Dykstra. We went from pussy to fucking what else? A government-owned, fucking cloning station.”