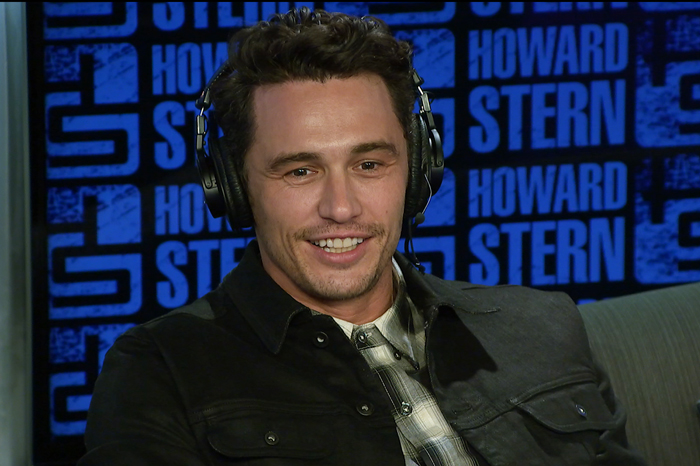 It’s been 14 years since cult-classic film “The Room” was released in theaters — a movie starring, written, and directed by then-unknown actor Tommy Wiseau. And while Wiseau’s flick sustained some of the worst reviews in cinema history, audiences grew to love it, James Franco included.

With his new movie “The Disaster Artist,” James is now trying to tell the story of how Tommy made his unexpected masterpiece. James dropped by the Stern Show on Tuesday to talk to Howard about how he stayed in character as Wiseau not only while cameras were rolling but long after they’d stopped, as well.

“When in Hollywood history has the director acted in his own movie playing a director acting in his own movie and stayed in character?” Franco said of his own on and off screen performance. As both the lead actor and director of “The Disaster Artist,” James made the decision to maintain his method acting whenever he was on the set, something that threw costar and co-producer Seth Rogen for a bit of a loop.

“Seth couldn’t handle it,” James told Howard with a laugh. When Rogen visited the Stern Show back in June, he told Howard how James not only used Tommy’s thick Eastern European accent while directing the film, he also did it while wearing full prosthetic makeup.

“I didn’t even really think about it,” Franco said on Tuesday. “People treated me differently … it was just simpler to stay the dude.”

Committing to his character is nothing new for Franco. He famously took up smoking two packs of cigarettes a day while shooting a TV biopic about the life of actor James Dean. Then Franco spent a night in a homeless shelter in order to prepare for his role alongside Robert De Niro in “City by the Sea.” He even endured six month’s worth of lessons to get a real pilot’s license for his film “Flyboys” — due to insurance reasons, James wasn’t allowed to actually fly a plane in the movie.

Even while working at McDonald’s after dropping out of college, James was trying to come up with characters to play. He told Howard about working the drive-thru window at the fast food spot and taking customer’s orders while trying out different accents.

“They were all bad,” James said. Only two of his regional dialects ever actually fooled anyone. His thick Italian accent was believable enough up until someone would ask him to truly speak Italian. He was also able to believably sound like someone from Brooklyn but after using it on a girl and asking her out, he had to come clean that it wasn’t his real voice. She opted not to go out with James again. 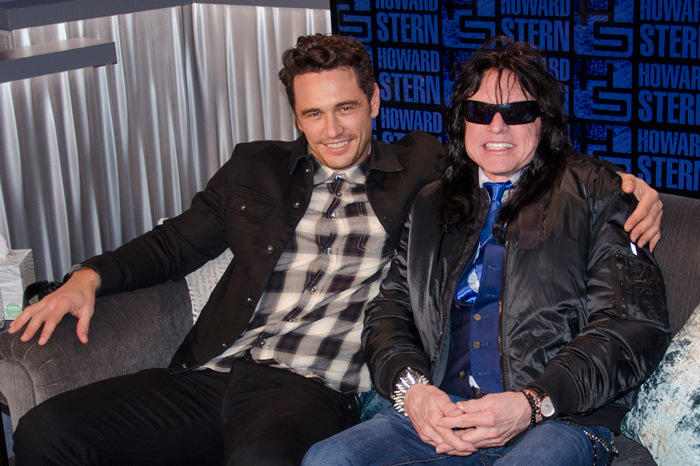 As unique as Tommy Wiseau’s accent is, James can do a near spot-on impression of it, even with Tommy by his side. Before Franco left the studio, Howard invited Wiseau onto the couch and compared his voice to James’s impersonation. Check out their back-and-forth in the audio (below).

There are many mysteries surrounding Wiseau, including how he could have financed “The Room’s” $6 million budget. Tommy has long claimed the money came from his real estate and retail businesses, but on Tuesday morning he declined to offer further details to Howard. He was also reticent to discuss his true age, even trying to use a fake I.D. to gain security clearance at SiriusXM on Tuesday.

As agreed upon before production on the movie began, James allowed Tommy to be in one scene of “The Disaster Artist,” but things got a bit complicated after Wiseau requested to act opposite Franco. Remember, James was supposed to be acting as Tommy in the movie, but the incongruity didn’t strike real-life Tommy as being a problem. He did, however, later complain about the film’s lighting and also asked James if he could appear on camera with a mustache that he’d drawn onto his face with a pen.

“He goes, ‘If you like mustache, I draw it on better when we shoot,’” James recalled. As difficult as working with Tommy might seem, Franco said his involvement in the film was unquestionably worth it. “It was a challenge but he actually was so sweet,” he said of Wiseau.

Unlike the movie that inspired it, “The Disaster Artist” is already receiving rave reviews from critics, with some citing Franco as a surefire Academy Award nominee. Should James land another nod (his second following his 2011 nomination for “127 Hours”) he told Howard he plans to bring Tommy along with him to the Oscars.

“You’ve been expecting to go for 14 and a half years now,” Franco told Wiseau

“Yeah, thank you,” Wiseau said with a laugh.

See James Franco in “The Disaster Artist” in theaters now.