PHOTOS: Sal Governale Shows Up to Work With an Uneven, Self-Administered Spray Tan

PHOTOS: Sal Governale Shows Up to Work With an Uneven, Self-Administered Spray Tan 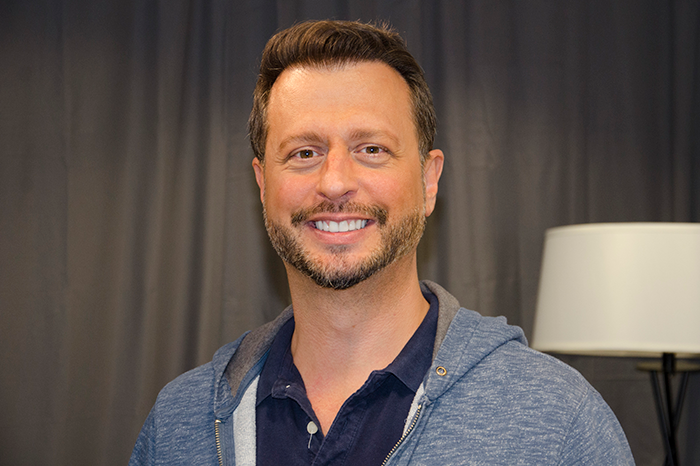 Sal Governale’s beauty routine has been well documented over the years, but on Tuesday the Stern Show staffer showed up with a new look that caught Howard’s attention.

Noticing rings of color around Sal’s eyes, Howard questioned whether he got a spray tan with goggles on.

“Oh, you could tell?” Sal asked, surprised. “I spray tanned this morning … I did it myself.”

Things didn’t quite go according to plan, though. “I had too much around my eyes, so I grabbed a towel and I started patting over my eyes and now I look like I have reverse raccoon eyes,” he explained. 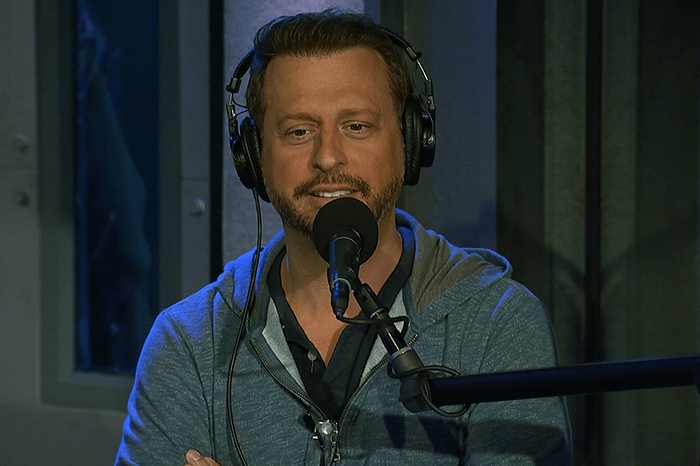 In trying to show off his tan, Sal lifted his shirt, exposing another attempt at beautification — his chest was barren of any hair. Sal again had an explanation.

“I always shave my whole chest … because Ed Torian said that I have tits like a farm animal and it’s the shadowing from the hair that goes underneath [my nipples],” he said.

The comment was in reference to a call Ed made to the Stern Show after performing a gay lie detector test on the shirtless staffer in 2016.

“He’s got a horrible looking chest,” Ed noted at the time. “He’s got, like, farm animal tits.” 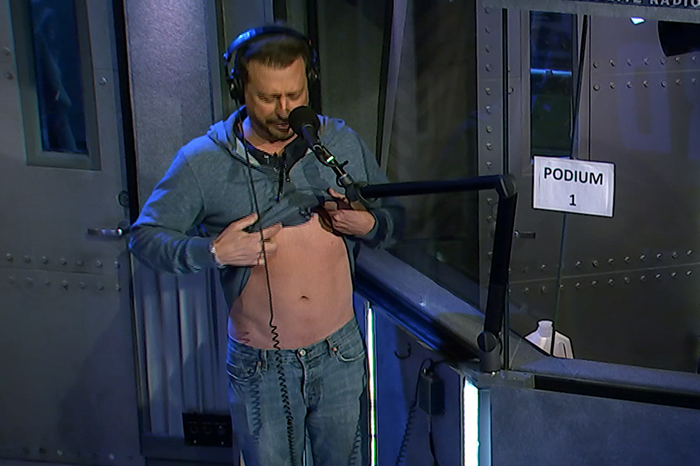 Despite the ribbing, Sal was appreciative to Howard for bringing it to his attention. “Thank you for being honest because I thought I looked good,” he said.