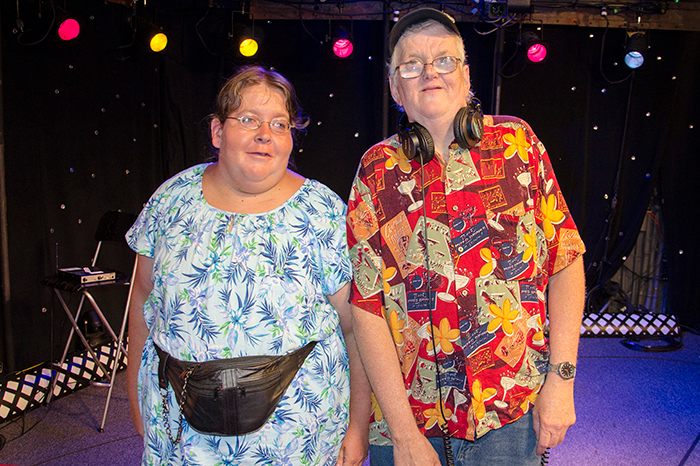 Both Gary the Conqueror and Wendy the Slow Adult have recently made multiple calls to the Stern Show inquiring about getting extra cash for the holidays, so Howard got them on the line together Monday morning to see who could give a more convincing argument for the money.

Gary went first, explaining to Howard he needed the funds “for a computer.” When the staff questioned why he needed the device, Gary further explained that he spends time in chat rooms. While vehemently denying ever surfing the web for pornography, Gary did admit he chats with cam girls from time to time.

On the other hand, Wendy the Slow Adult informed Howard she needed the cash in order to buy Christmas presents. “The only reason why I need the money is so I could get my little nephew and nieces the best Christmas ever.”

Robin Quivers was skeptical of the seemingly polished answer and the staff wondered if Wendy would instead use some of the funds on lottery tickets, as she has done in the past. The Wack Packer was adamant she is done buying lotto tickets, though. “I don’t do that anymore … My mom told me it’s a waste of money and you hardly ever win,” she said.

Howard faced a tough decision after hearing both of their arguments, but he made as fair a judgement as he could. “I think I’m just going to give them both $250,” he concluded.

“That’s fine,” Wendy offered in thanks. “I was hoping that he was going to give me probably, maybe 711 [dollars],” she said, though.

“I miss you,” Wendy told her fellow Wack Packer before they both hung up.