“Even on his birthday the black cloud followed him,” Howard says of the longtime Stern Show staffer 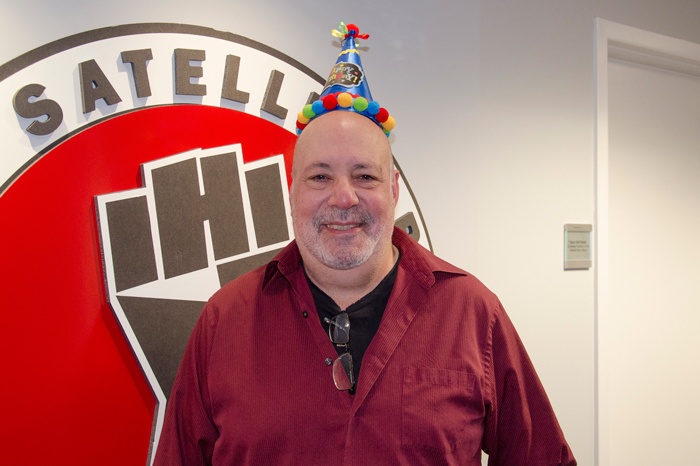 Scott “the Engineer” Salem’s birthday began quite literally with a jump-start on Tuesday morning. The Stern Show staffer was late to work after discovering his car’s battery had died on him overnight.

“I get in my car … and I go to start it, and it says, ‘Fuck you. Happy birthday,’” Scott told Howard. “The battery’s under two years old and it just, it died.”

“Even on his birthday the black cloud followed him,” Howard said of Scott’s notorious black cloud, the symbol of his lifelong bad luck.

After calling roadside assistance Scott was able to make it into the office and he entered the studio wearing a party hat, ready to celebrate turning 65. Howard wondered how Scott was feeling now that he’s a year older and the Stern Show engineer joked he felt like he was turning 90.

However, his response wasn’t so positive when Howard questioned what advice he’d give his 15-year-old self.

Happy birthday, Scott! We hope the rest of your day is great!