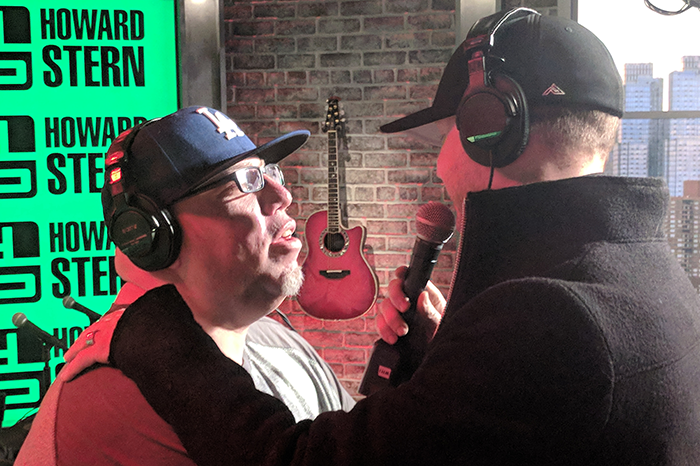 High Pitch Erik made his triumphant return to the Stern Show studio with his new physique on Wednesday after undergoing gastric sleeve surgery to help him lose weight. And little did he know the surprise that awaited him.

Erik thankfully came out of surgery with no complications, but as Shuli Egar documented, the process was anything but stress-free.

The Wack Packer experienced serious anxiety at the thought of having to be anesthetized for his operation and even struggled with getting an IV placed into his hand. Listen (below) as Shuli helps Erik through the process.

Despite the difficulty, Erik arrived at the Stern Show studio a significantly lighter man, even if he didn’t quite look it.

“He looks the same,” Howard noted.

“Wait a minute … he hasn’t lost a pound,” Robin agreed.

Erik, though, said he weighed 396 pounds during his last visit to the studio and today weighed 344 pounds — a 52-pound weight loss. He reported he’s been sticking to his diet, which has even caused his bowel movements to decrease in size. 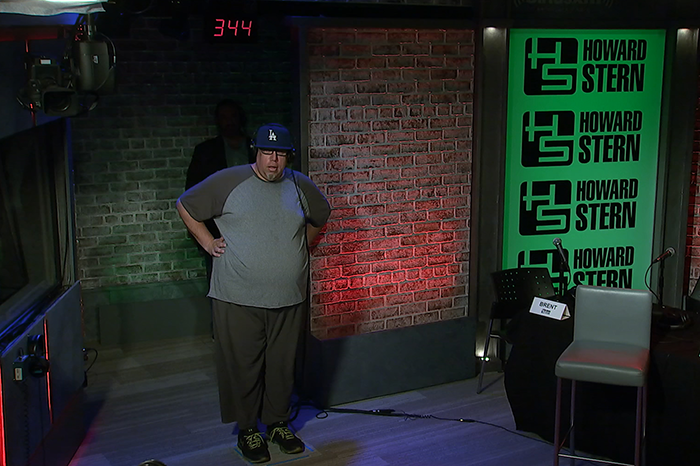 In honor of his achievement, Howard announced he had a surprise Christmas gift for Erik. But first Howard wondered if he knew what it was. “Take a guess,” he told the Wack Packer. “What’s the one thing you really want?”

“What’s better than a trip to Vegas?” Howard prodded further.

High Pitch fired off other answers, a MacBook Pro and an iPhoneX, but neither was correct.

“What if I told you your greatest fantasy is about to come true? … A certain Mr. Donnie Wahlberg is here and you’re going to get to grab his ass,” Howard revealed.

“What?” Erik exclaimed in disbelief. “Oh my God.”

High Pitch’s fascination with the “Blue Bloods” actor has been well documented and when Donnie made his grand entrance into the studio, he returned the praise.

Before getting down to business, Howard thought it would be prudent to have a negotiation between both willing participants so that ground rules could be established.

Given the option of taking Donnie from behind or grabbing around his body from the front while gazing into his eyes, Erik decided he wanted the eye contact. He also noted that he would be using two hands but would leave the length of the squeeze up to Donnie.

Donnie was a little taken aback by the fantasy. “Hard clutching for 30 seconds might be a little intense,” he said. “I didn’t expect Erik to say ‘hard clutching.’”

The New Kids on the Block singer described his butt as “firm, yet supple” and instead proposed a gentler touch, but offered to take it as it came.

With the terms settled and some mellow Christmas tunes playing in the background, Donnie made his move towards Erik, navigating around his slightly protruding stomach. 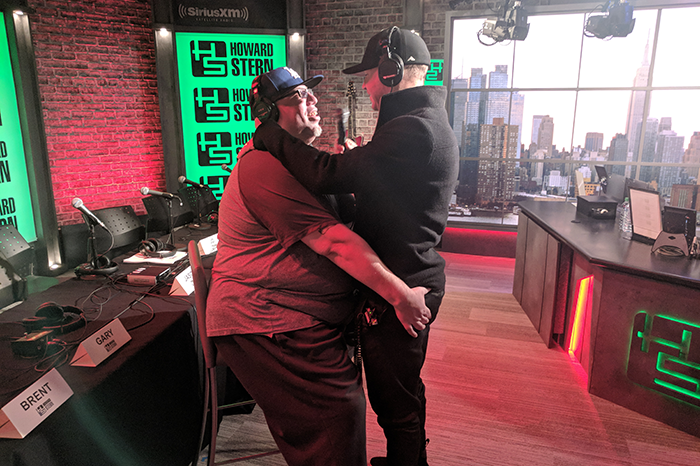 Things got off to a rocky start as High Pitch was unable to locate Donnie’s ass and instead grabbed a handful of hip. Donnie quickly rectified the situation, though, and guided Erik to his target.

Donnie, who began experiencing sweaty palms, didn’t hate it either, telling Howard that “it’s really nice.” Erik’s breath wasn’t even as bad as he had anticipated, Donnie admitted. 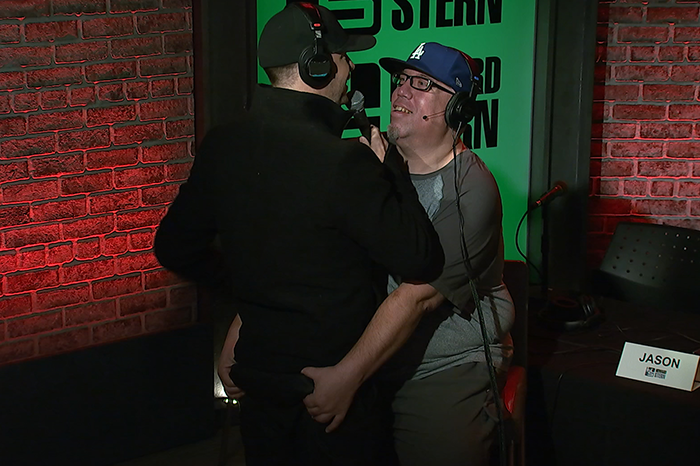 A gentle tap on the hand by Donnie after more than a minute into the experience and Erik released his grip “like a real gentleman,” offering his rating of the ass at hand: a perfect 10.