Plus, hear a brand new Swap Shop prank call in honor of his infamous hypnotism 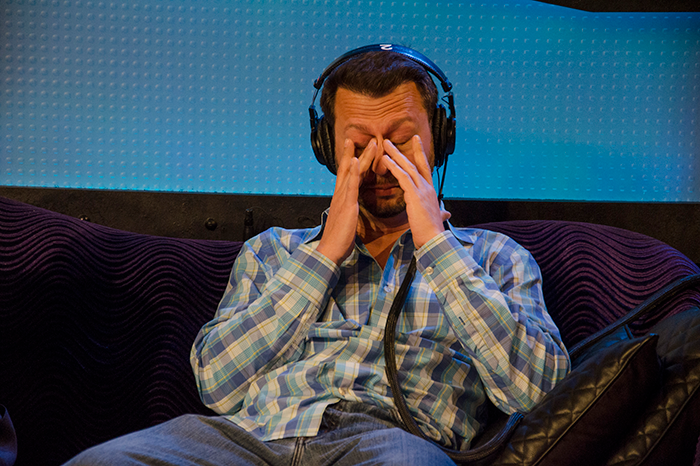 It’s been two years since Sal Governale was masterfully hypnotized by Scott Schmaren to believe his penis had disappeared, leading to the famous cry of despair: “My cock is gone!”

On Wednesday, Robin and Howard both recalled the event in vivid detail.

After being awoken with the piece of news that he no longer had a penis, Sal became increasingly distressed to the point where he was screaming and flailing around the studio.

“This was the most real moment ever,” Howard said, admitting he thought Sal was going to have a heart attack.

“That was so scary at the time,” Robin agreed.

While some people are reportedly easier to hypnotize others, according to Schmaren—who also once took Sal back to his life as a pregnant turtle—the Stern Show staffer is extremely open to suggestion.

With such a home run, though, it’s hard to imagine what else Scott could hypnotize Sal to do.

For now, Sal made a brand new prank call to Swap Shop with a special “My cock is gone!” shoutout to honor the anniversary (below).