“I feel like I’ve been stabbed in the back,” the Hollywood actor tells Howard after being kicked out 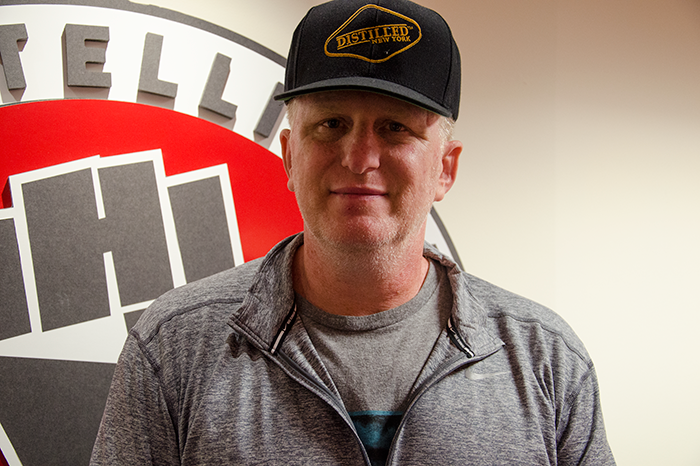 The Emotional Friends Fantasy Football League will look very different this upcoming season following the announcement made on Wednesday morning. Commissioner Jason Kaplan along with Will Murray, JD Harmeyer, Jon Hein, and Gary Dell’Abate gathered in the studio to tell Howard about a recent vote the Stern Show staffers took to decide who stays and who goes.

That means adult film star Lisa Ann, ESPN sports analyst Matthew Berry, and actor Michael Rapaport are all hereby expelled from the league and must reapply in order to be considered for the single celebrity spot. Rapaport was on the phone and told Howard he was none too pleased to hear of his ouster.

“I’m not reapplying for anything,” Rapaport stated.

Should Michael change his mind, he’ll be vying for that final spot against quite a few famous stars. There are already rumors that Stern Show superfan Ike Barinholtz is interested in joining, as well rapper Snoop Dogg.

“I was shocked when I heard this,” Howard told Rapaport. “You are out of the league. You were thrown out.”

Both Robin Quivers and Fred Norris expressed displeasure at the league’s decision to kick Rapaport out.

“This seems very mean-spirited to me,” Robin said.

“I’m not sure what the objection to Michael being a part of this league is,” Fred added.

Even though all the guys agreed to the new league membership rules, Will wanted everyone to know he wanted Rapaport to remain in.

“Listen, I think Michael is a no-brainer to be in the league. He’s the only [celebrity] who actually really gives a shit about it,” Will said. And if Michael still wants to be in the league, he definitely has Will’s vote. “I can’t think of anybody that’ll top him,” Will told Howard.

JD Harmeyer, however, isn’t sure he wants any celebs in the league and would like offer up that last spot to another co-worker. “I want to keep it back office … people I see on a regular basis,” he said.

“This isn’t easy to do,” Jason admitted. “I don’t hate Michael on any personal level. I just feel this is the right thing to do for the league.”

Stay tuned to find out if Michael Rapaport reapplies to the Stern Show Fantasy Football League or moves on to play with another group of guys.