“I do have the ability to ask you to leave,” regular host Gary Dell’Abate warns the Stern Show staffer 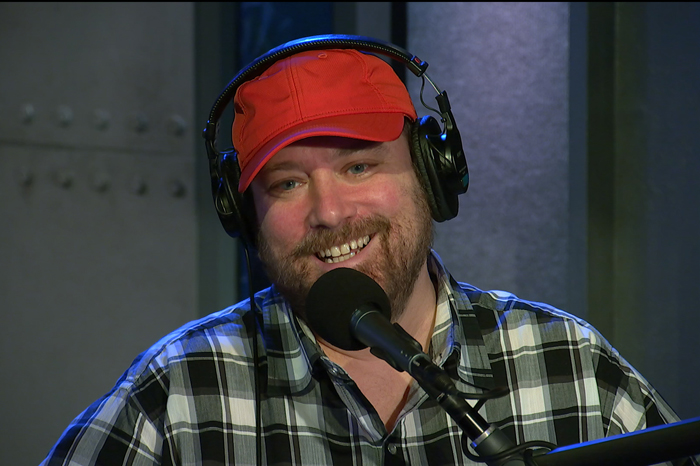 As Gary Dell’Abate put it, Tuesday included a “very special” edition of the Wrap Up Show. Since his regular co-host Jon Hein was out sick for the day, sitting at the microphone next to Gary was the one and only Benjy Bronk who Stern Show fans voted should take Jon’s seat if only for one show. Allowing Benjy onto the Wrap Up Show came with some ground rules, though.

“I do have the ability to ask you to leave, but I don’t ever want to have to use that today,” Gary warned Benjy at the top of the show.

“I’m sorry Jon Hein has passed,” Benjy joked. “But I really appreciate the opportunity to fill the shoes.”

To avoid Gary wantonly kicking him out of the studio should an on-air debate arise, Benjy requested they come up with a safe word of sorts to be used only if he absolutely needed to exit.

“Swordfish. When I say swordfish, you have to leave,” Gary said with a laugh. Benjy then asked the safe word to be uttered three times, so that it would be crystal clear Gary was serious.

“If we get three callers named ‘Swordfish,’ is Benjy out?” joked Stern Show staffer Shuli Egar, who also made a Wrap Up Show appearance.

So, how long did Benjy Bronk last on Tuesday’s Wrap Up Show?

Believe it or, he stayed on for the entire broadcast and even offered several entertaining on-air moments, including an explanation for why he buys Howard holiday gifts and what really happened the time he accidentally vomited on Robin Quivers several years ago.

“I wasn’t trying to hold the throw-up back but I wasn’t targeting Robin,” Benjy recalled with a laugh.

Benjy also admitted now that he’s been allowed to come on Wrap Up, his next goal is to work his way onto the in-studio Stern Show staff panel. After seeing how well he did on the air on Tuesday, Gary thinks adding Benjy onto the panel is entirely possible.