“I was vomiting and laughing at the same time,” Richard tells Howard of one story from his youth 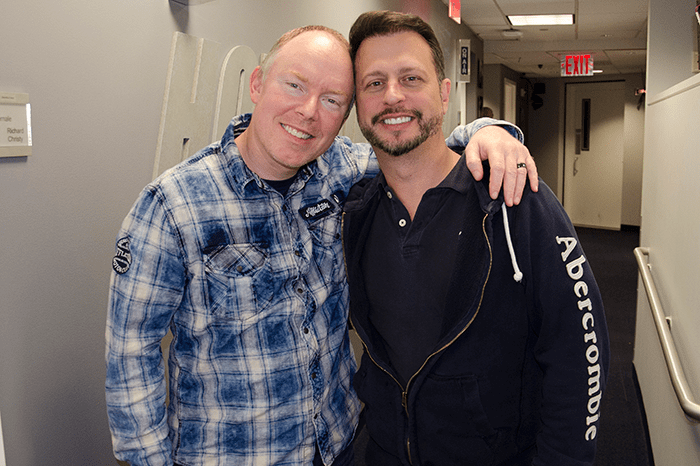 Yet, lo and behold, whenever the two join Howard in studio, there are more stories to be told and Wednesday was no different.

As listeners were reminded of Sal’s odd self-gratification ritual, he attempted to explain himself by revealing he was “simulating a rim job” by wetting a finger. He also admitted the specific incident in question occurred when he was staying at a hotel, adding he told Richard all about it the next day.

“He described the whole thing to me like it was the best sex he ever had,” Richard corroborated with a laugh.

To Howard’s horror, Sal also casually mentioned he generally takes a whiff of his finger “to see if it’s worth washing” when he’s done. “After you take a shit you sniff your fingers and if they smell fine you move on, right?” he (hopefully) jokingly rationalized.

Richard, meanwhile, had a new doody-filled revelation of his own to kick off 2018. “I keep remembering these crazy things that happened,” he told Howard.

The latest story involved an old friend known to listeners as the guy Richard used to bathe with in his youth.

“My buddy’s dad … he was just as crazy as my buddy,” Richard explained. “One time he shoved his own finger in his ass and then rubbed a piece of shit all over my lip.” In fact, it even got inside his mouth.

Instead of getting mad, Richard recalled vomiting and laughing at the same time. “I thought it was brilliant,” he added.

Before moving on to less traumatizing topics, Howard took a moment to reflect on the sheer number of times both Richard and Sal had shown their penises on air in 2017. Gary Dell’Abate tallied up the total and said it seemed the two had an equal count – 10 times each.

To break the tie, it was proposed that Sal and Richard assume the “69” position dressed only in edible panties. Whoever was unclothed first would take the lead for 2018. 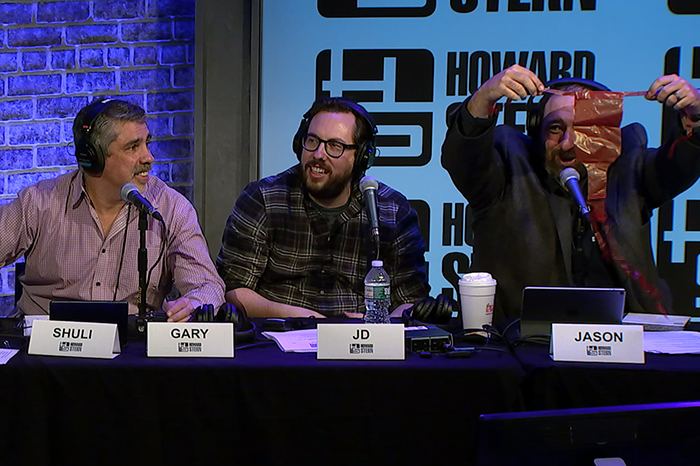 Richard was game, but Sal wasn’t too keen on the idea. “What’s the point of that?” he asked.

In the end, Sal agreed to keep the idea in mind for Cocktober 2018 when he might be willing to participate.