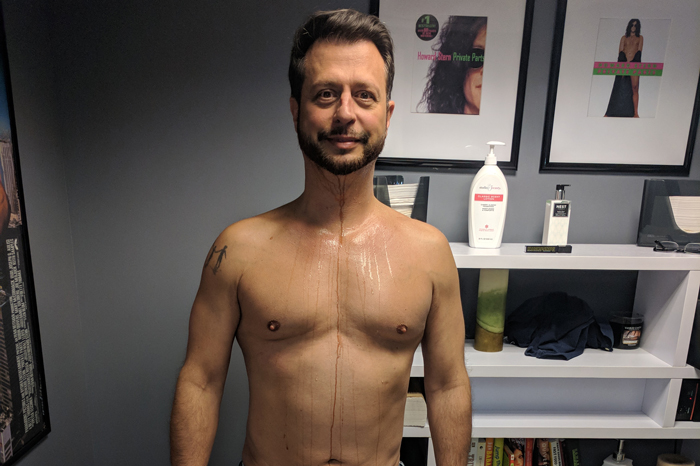 Sal Governale’s beard may be looking a bit darker lately, but it’s not from him dyeing the hair. Instead, the Stern Show staffer revealed on Wednesday that he has been applying a product called “beard mascara” each morning to hide his greying mane.

“I look like a cheetah … I have white patches,” he confessed.

Sal elaborated that ever since lie detector test expert Ed Torian called in to the Stern Show and commented on his “farm animal tits,” he has been traumatized and hyper-attentive to his appearance.

“When I look good, I feel better about myself,” he told Howard.

Gary Dell’Abate was shocked by the revelation. “What do you do when it rains,” he questioned.

“Use an umbrella, stupid,” Sal shot right back.

The Stern Show executive producer persisted, though, asking Howard if he could squirt Sal with water to test the beard mascara. See how his makeup held up in the photos (below). 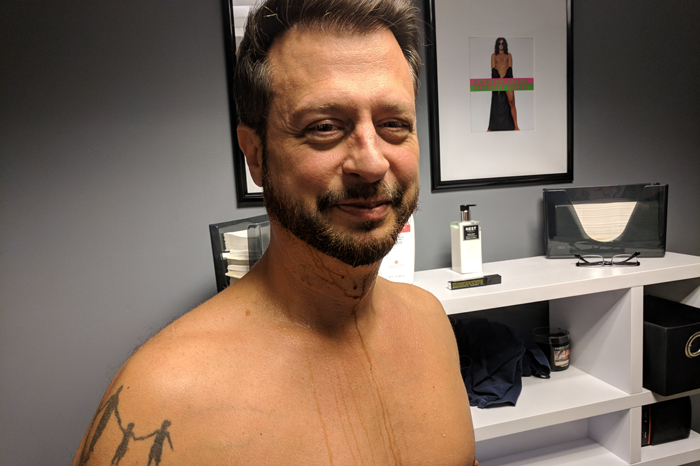 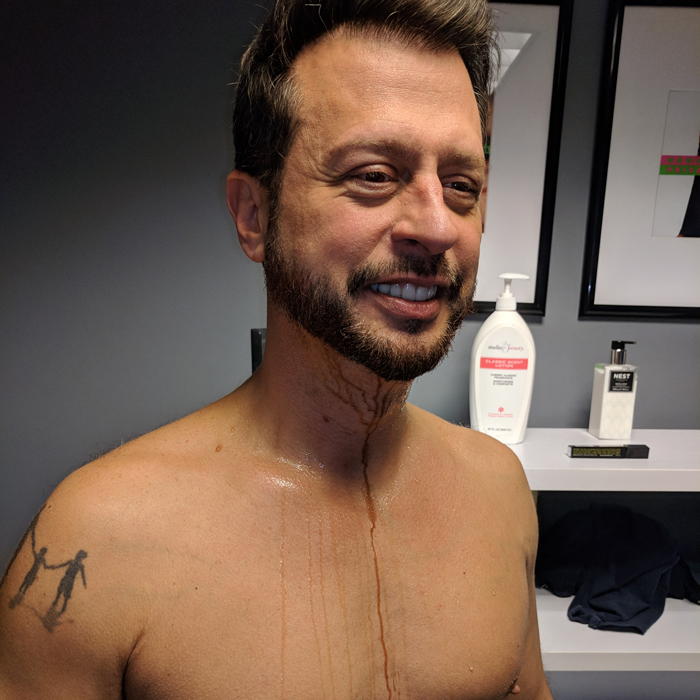