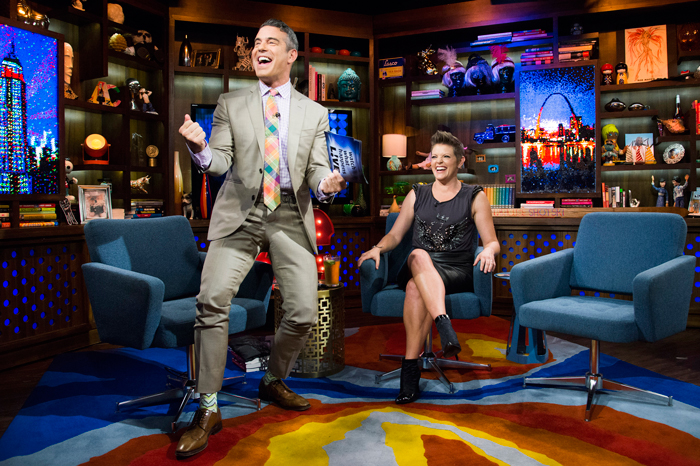 If there’s anybody qualified to determine who the hottest guy on the Stern Show is, it’s Top Gay Andy Cohen. The Bravo star and proud Stern Show celebrity superfan was listening on Tuesday when Memet Walker relinquished his title of Best-Looking Staffer to Steve Nowicki.

“I was thinking about this all day yesterday,” Andy told Howard over the phone on Wednesday. “I feel that the Top Gay needs to be involved in this conversation.”

Andy knows a handsome man when he sees one and he complimented both Memet and Steve on their looks. “I think Memet looks more, kind of, manly. I like his Adam’s apple, I like his hair,” Cohen confessed. But there’s one thing Memet doesn’t have that Steve does.

“I notoriously love a ginge and a blonde,” Andy said of Steve Nowicki’s appearance, adding he’s also “a little twinkish” which gives him the edge. “Steve is the more … handsome of the two.”

While Andy proclaimed himself a member of Team Nowicki, another celebrity superfan reached out to Howard directly to say how much she loved Memet — Natalie Maines. The Dixie Chicks frontwoman didn’t mention who she thought was sexy on the staff, but she did declare Memet to be “radio gold” in a text to Howard.

Stern Show celebrity superfans might be torn but Robin Quivers doubled down on her selection of hunkiest staff member. “I have to tell you, Steve is much better looking!” she said while looking at a split screen of Memet and Nowicki on Wednesday.

Perhaps Memet was right in giving up the title of Best-Looking Staffer after all.