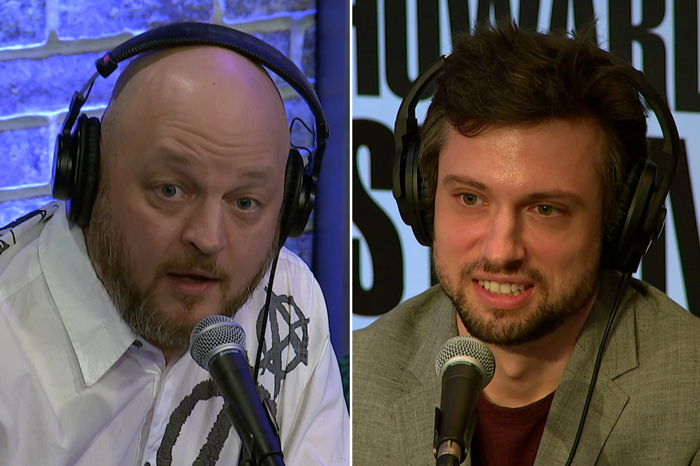 Now that he no longer lays claim to the Stern Show’s Best-Looking Staffer title, it seems Memet Walker wants to work on becoming the smartest person on Howard’s team. He bet Brent Hatley that he could beat him in a head-to-head I.Q. challenge on Wednesday morning and told Howard he’s long considered himself to be more intelligent than his co-worker.

“I feel like Brent needs to be humbled a little bit,” Memet said in studio.

According to Memet, much of Brent’s expertise, which he’s shared both on and off the air, usually turns out to be inaccurate. Recently the two have gone toe to toe in the back office, debating various subjects ranging from politics to the safety hazards of football. Memet is confident if they each took an I.Q. test, his score would best Brent’s.

“I don’t want it to affect the friendship if I beat you. When I beat you,” Memet said confidently. 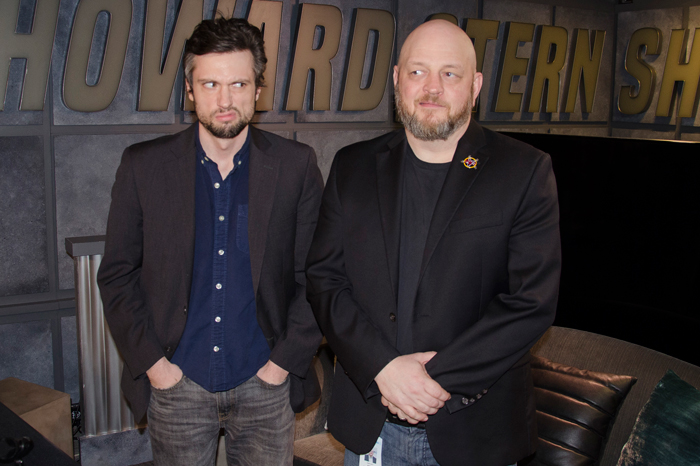 There are a couple of reasons why Memet considers himself smarter than Brent. For starters, he served in the United States Air Force while Brent was recruited by the Marines, a branch of the military Memet claimed to be far inferior than his own in terms of intelligence. Both Memet and Brent stated they scored high marks on the Armed Services Vocational Aptitude Battery exam, or ASVAB, and both touted complicated and technical responsibilities during their time in the service.

“I would teach pilots how to egress from planes as they were crashing,” Memet told Howard about his responsibilities as an airman.

Brent nearly joined the Air Force as well. “But the Marines, they appealed to my masculinity,” he explained. “Then I ended up in naval aviation which is where the smart people go.”

Aside from his military background, Memet also takes pride in his undergraduate education. “If you look at it objectively … if we’re being serious, there’s no one on this staff whose gone to a better college than me,” he said. He studied political science at the University of North Carolina, a highly respected institution indeed. But as Jason Kaplan pointed out, Jon Hein’s alma mater University of Michigan is ranked higher than UNC.

Howard decided the I.Q. test was the only way to determine who was smarter between Brent and Memet.

“Think you can beat him?” Howard asked a smiling Brent.

“Only one way to find out,” he replied.