“I feel okay, a little hungover,” Richard Christy tells Howard after a long night of celebrating the Eagles' victory 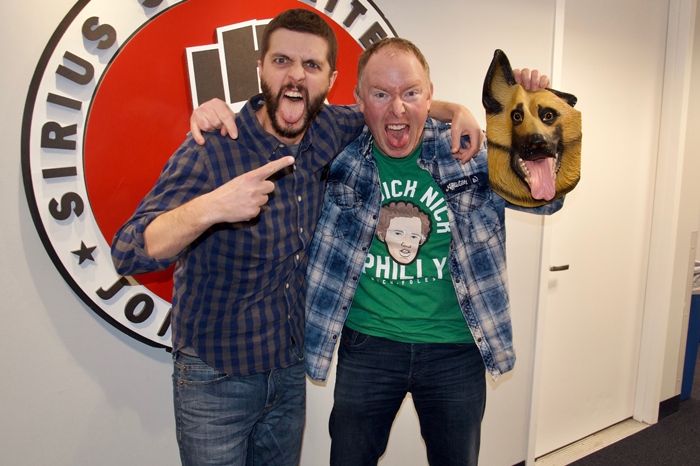 For the first time in franchise history the Philadelphia Eagles are Super Bowl champions after beating the New England Patriots 41-33. There was much to discuss about the big game on Monday’s Stern Show and leading the in-studio celebrations was staffer Richard Christy, even though he’s only been an Eagles fan for a few years. He spent Sunday night out at a bar cheering his Birds on.

“I feel okay, a little hungover,” Richard told Howard. “I got some sleep, a little bit.”

Richard admitted he was at the bar from noon to midnight but clarified he wasn’t partying the entire time. “I sat by myself and saved our table until my wife got there,” Richard explained, adding that for the first few hours he read the newspaper and “sipped” a few coffee beers. His wife, a lifelong Eagles fan, came later after caring for her and Richard’s newborn son Carson, named after Philadelphia quarterback Carson Wentz.

Since Richard is actually an avid Kansas City Chiefs fan, Howard wondered why he got so swept up in the Eagles Super Bowl hysteria. “I love my wife and I’m happy for her,” Richard told him, saying they’ve been to several games together. The two even got their hands on the popular underdog dog heads Philly fans have been wearing during the Eagles playoff run — that’s Richard and his wife in the photo (below). 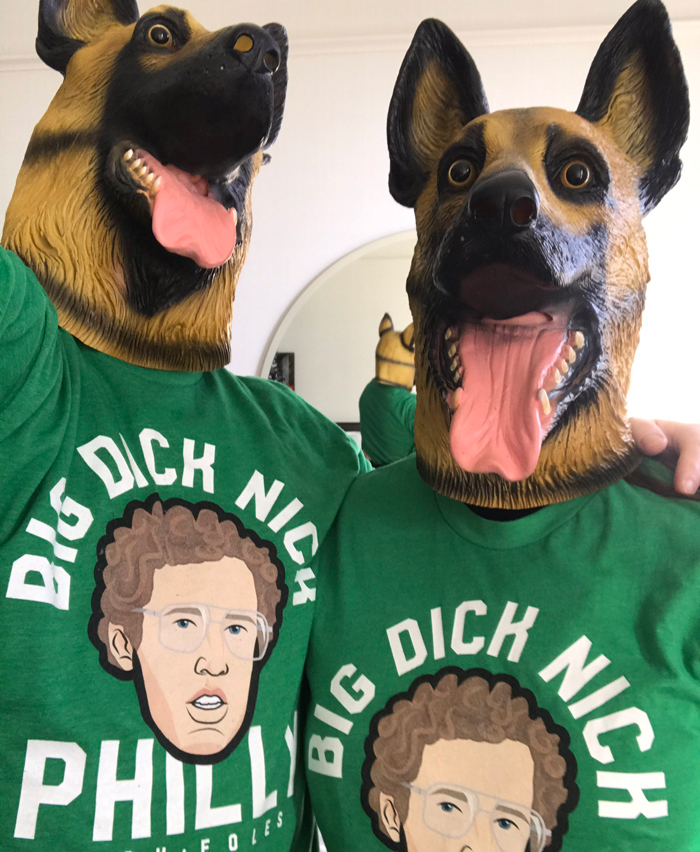 Fellow Stern Show staffer Will Murray has been rooting for the Eagles his entire life and gave Richard a pass to jump on the Philly bandwagon. “It bothers me a little but, listen, he’s excited,” Will said of Richard’s Eagles fandom. “Around here I can’t be that picky about who’s an Eagles fan.”

Howard initially tried to go to bed at 9 p.m. last night so he would be well rested for Monday’s show, but he eventually got up to watch the end of the game since it was so close. Also watching the Super Bowl from start to finish was Howard’s co-host Robin Quivers who admitted she enjoyed a glass of champagne during the big game. She also took to Twitter to live tweet every thought she had during the broadcast, including her review of Justin Timberlake’s halftime performance and the much-talked about plays of the night.

“I was just having fun with the game,” Robin said with a laugh. Check out a few of Ms. Quivers’ Super Bowl tweets (below).

Is it the Eagles year? Sure looks like it right now.

Any money on NE grabbing the momentum in this possession?

What’s up with the kicking tonite?

Prince is at the Super Bowl. Wow.

Can I go to sleep now.? It’s over. The Eagles played all 4 quarters.

My eyes are closed but I’m still listening. If something crazy happens I’ll see it.